In total, there are twenty-nine UNESCO World Heritage Sites in Russia, eleven of them are natural and eighteen are cultural sites. In this article, we will look at the natural treasures of Russia that are included in the UNESCO list. 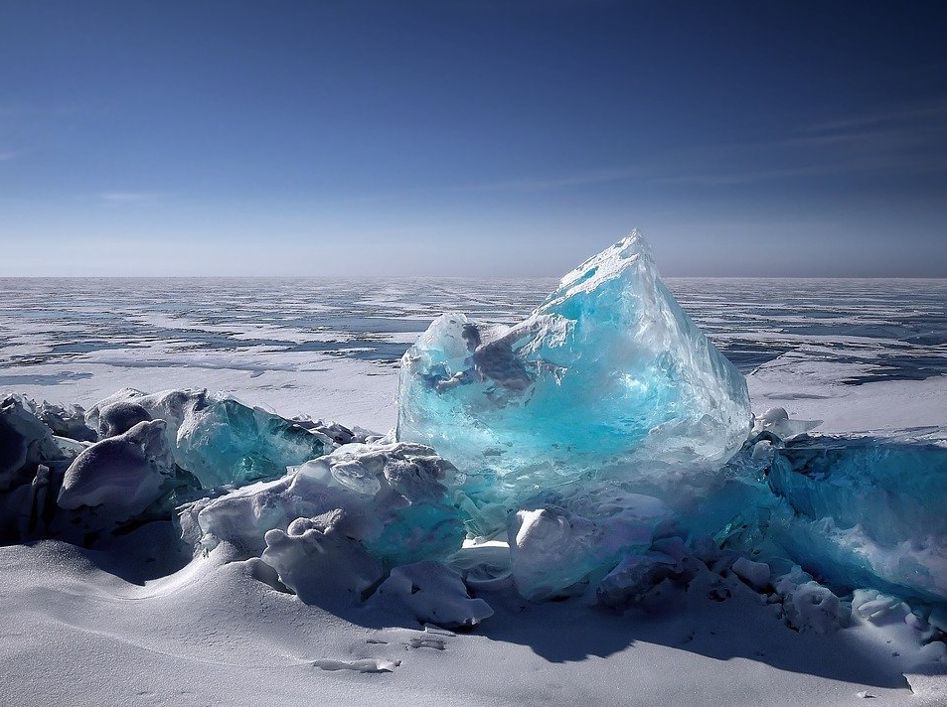 Lake Baikal is one of the most popular touristic places in Russia it is situated in Southern Siberia and is the world’s largest freshwater lake, measuring more than twenty-three thousand square kilometers. It is also the world’s deepest and oldest lake. It is approximately thirty million years old. 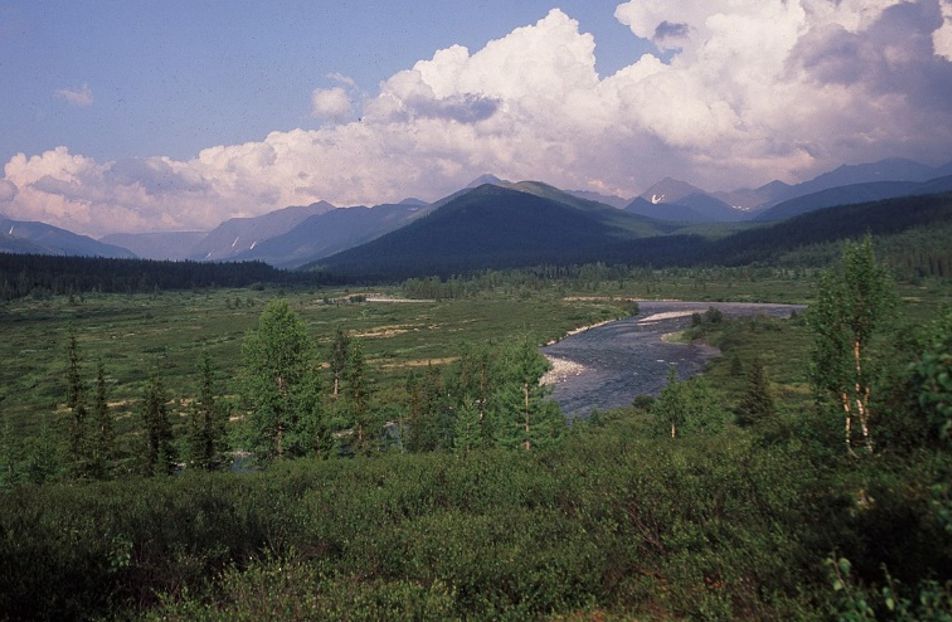 The Komi forests are one of the biggest virgin forests in Europe. They occupy more than three million hectares of tundra in the Northern Ural Mountains and are part of Clear Water National Park, Pechoro-Ilychskiy Nature Reserve, and Yaksha Forest District. 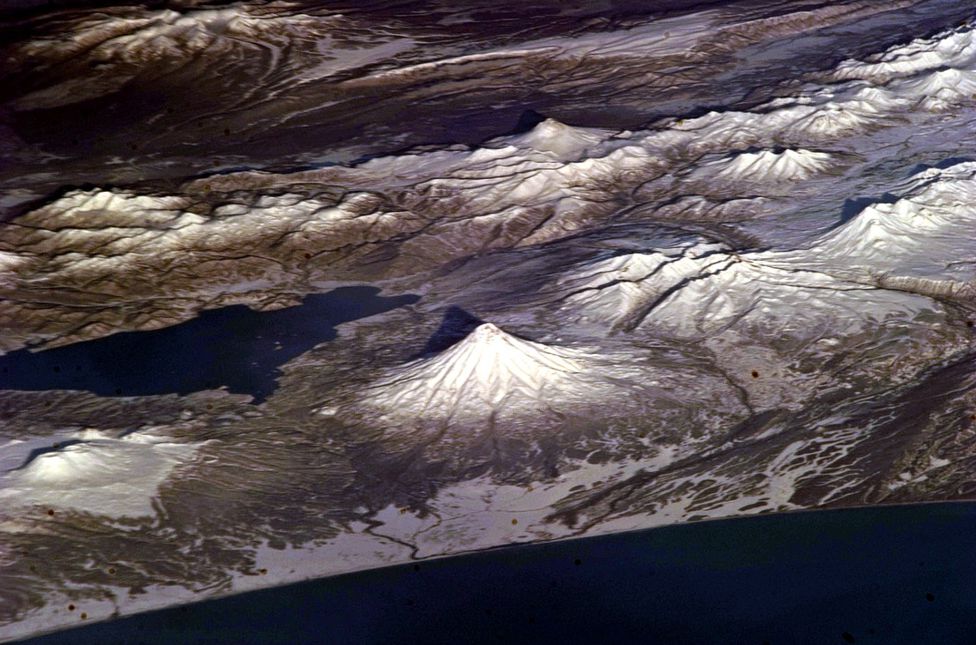 There are a hundred and sixty volcanoes around the Kamchatka River, and twenty-nine of them are still active and are included in the UNESCO list. The biggest active volcano is Klyuchevskaya Sopka, and it is also the highest mountain in Siberia (4800 m). 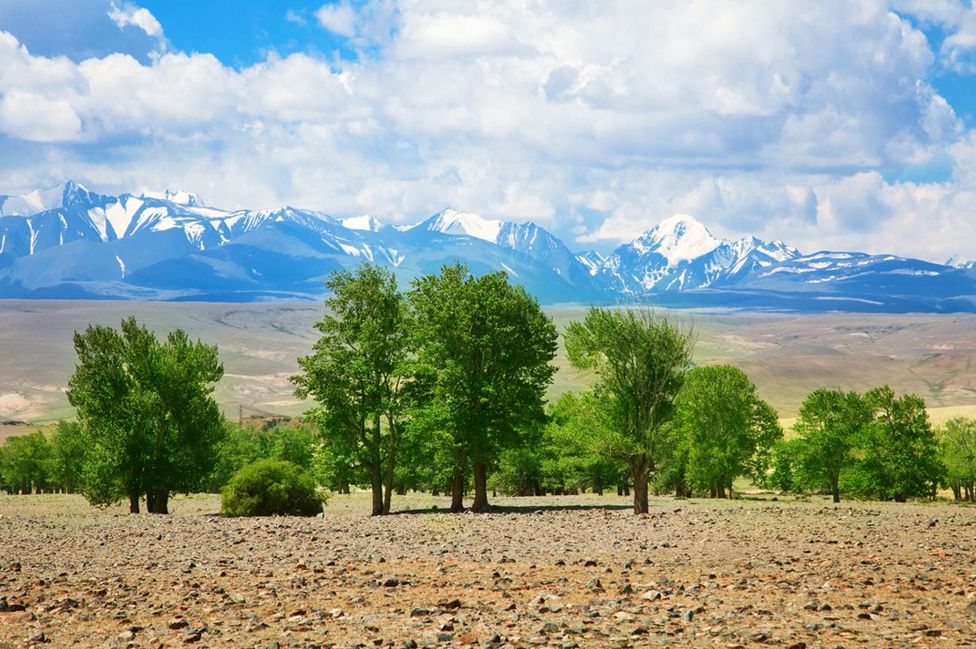 The Golden Mountains is the name of a group of places: the Altai and Katun Natural Reserves, Lake Teletskoye, Belukha Mountain, and the Ukok Plateau. They represent “the most complete sequence of altitudinal vegetation zones in central Siberia, from the steppe, forest-steppe, mixed forest, subalpine vegetation to alpine vegetation” . The Mountains are home to endangered species, such as snow leopard. 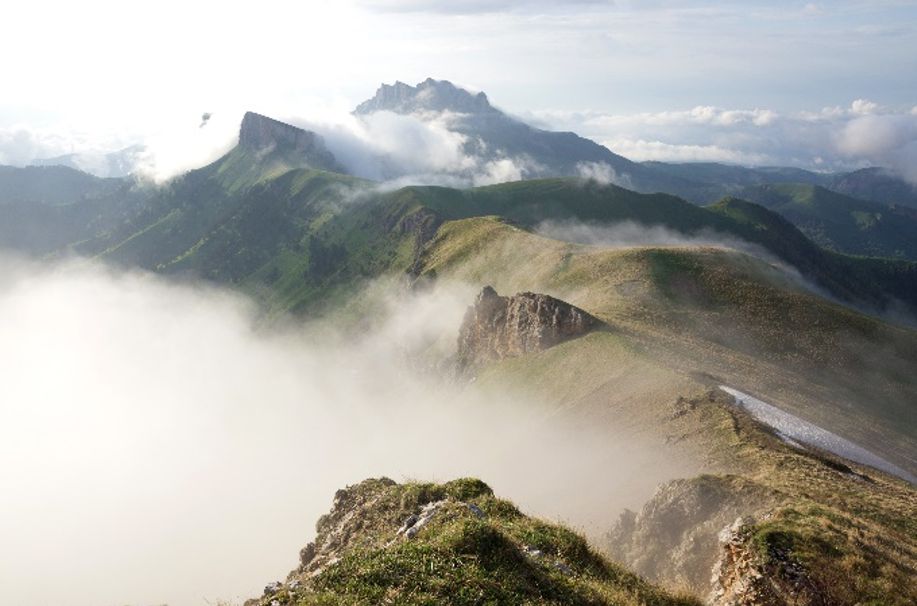 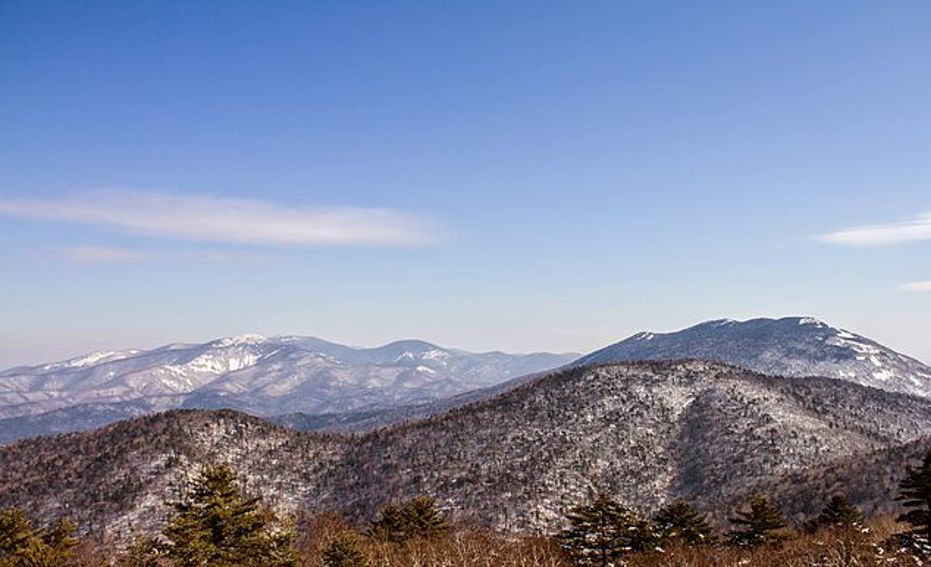 The Sikhote-Alin is a mountain range in the Far East of Russia. The highest summits are Tordoki Yani, Ko Mountain, and Anik Mountain. This temperate zone is home to the Siberian tiger, Amur leopard, and several types of bears. Japanese yew is the oldest tree there, it is approximately one thousand years old. 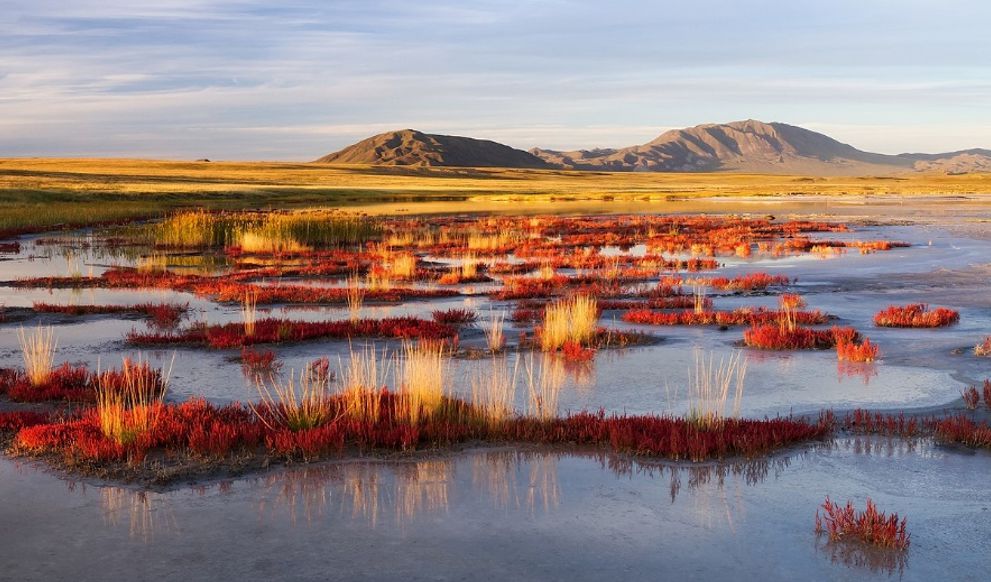 Uvs Nuur is a lake basin situated between Mongolia and Russia. It is named after a large salt lake located in the western part of its watershed. The flora and fauna there are very diverse due to the variety of terrains, such as glaciers, tundra, desert, dunes, etc. 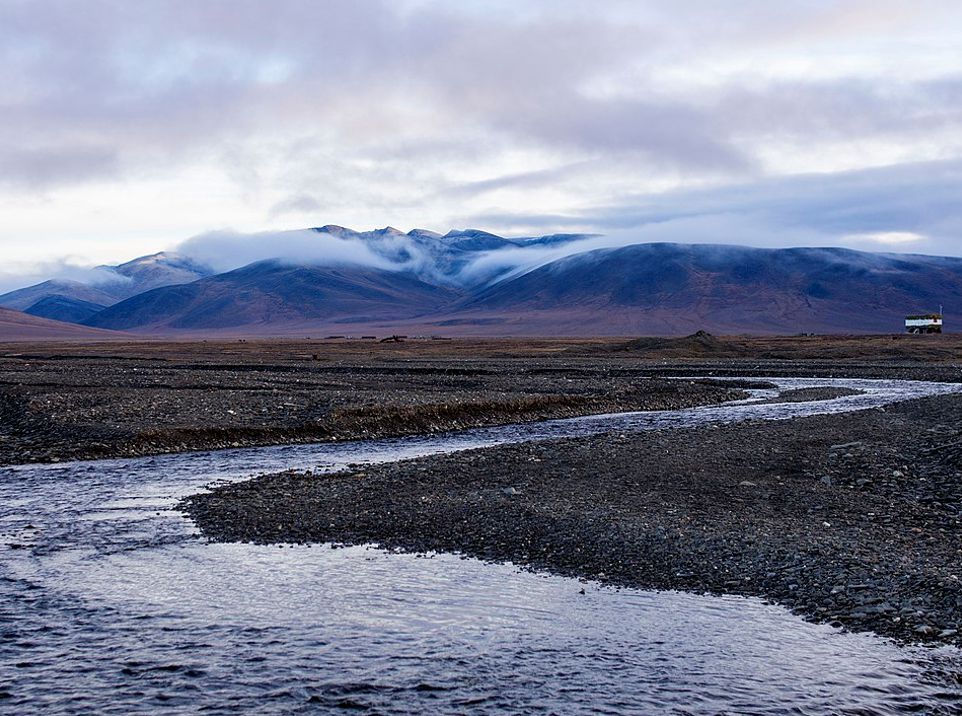 Wrangler and Herald Islands are in the Arctic Ocean between the Chukchi Sea and the East Siberian Sea. They are on the UNESCO list because of their unique biodiversity for the Arctic tundra. It is home to Pacific walrus and polar bears; more than a hundred bird species migrate to this region every year, and several hundreds of plants grow on the islands.

Putorana Plateau is a mountain area in northern Central Siberia. It is part of a natural migration route of reindeer. It is a unique place that has a complete set of subarctic and arctic ecosystems and contains one of the largest known nickel deposits in the world. 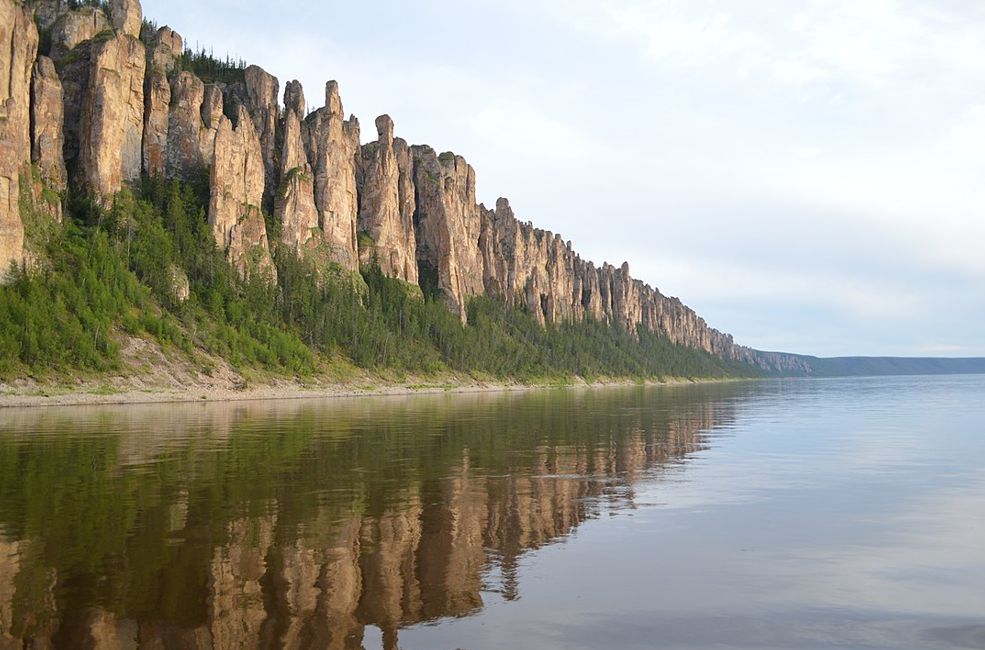 Lena Pillars are named after the river Lena and tall rock pillars along its bank. The temperature range there varies from -60 in winter to +40 in summer. The Lena Pillars natural park is a popular attraction for ecotourists and archeologists because of the big number of Cambrian fossil remains. 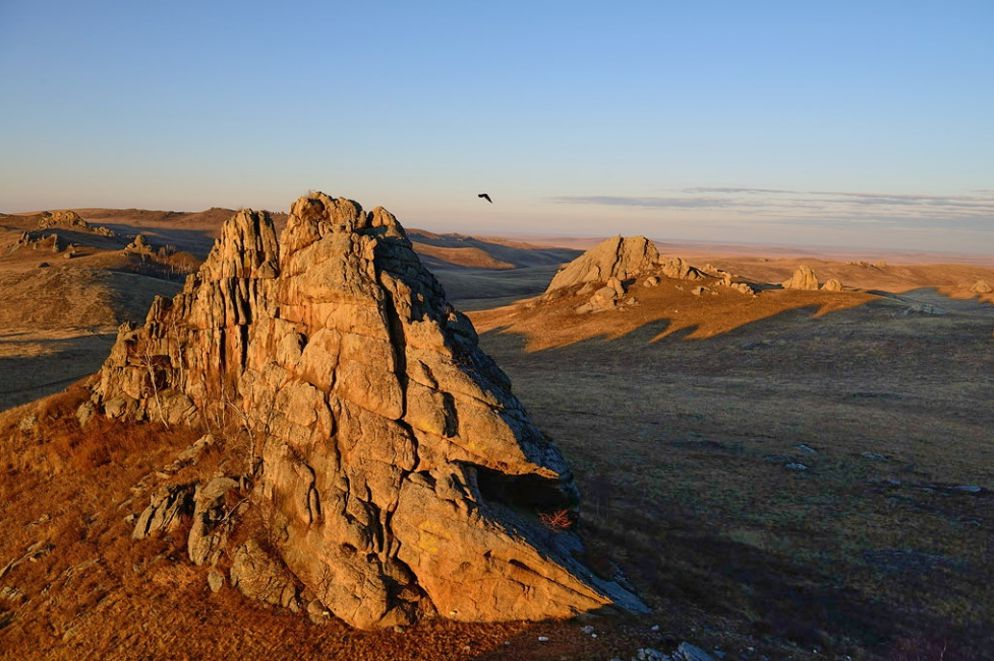 The Dayrsky Nature Reserve is an eco-region, which extends from eastern Mongolia into Russian Siberia and northeastern China. Rare specials of animals live in the steppes, among all, there are Great Bustard and Relict Gull.

There are a lot of places in Russia that are yet to be on the UNESCO list but are worth seeing. If you love eco-tourism and hiking, you should discover incredible Russian nature.