The influence of Russian culture is so huge and widespread all over the world that sometimes it can be found in things that are not in fact Russian. Here are our top 9.

One of the first associations with Russia pertains to a type of pancakes, which are called “Russian pancakes” in many countries, however they can be eaten almost everywhere. Russian pancakes are supposed to be thin, salty and served with caviar. The idea behind them comes from the time when foreigners observed the celebration of Maslenitsa (a holiday for welcoming the spring), where people cooked a lot of pancakes, symbolizing the sun. Now this type of pancake with caviar is deemed to be Russian, while there are also French crepes, which however differ from this Russian dish. 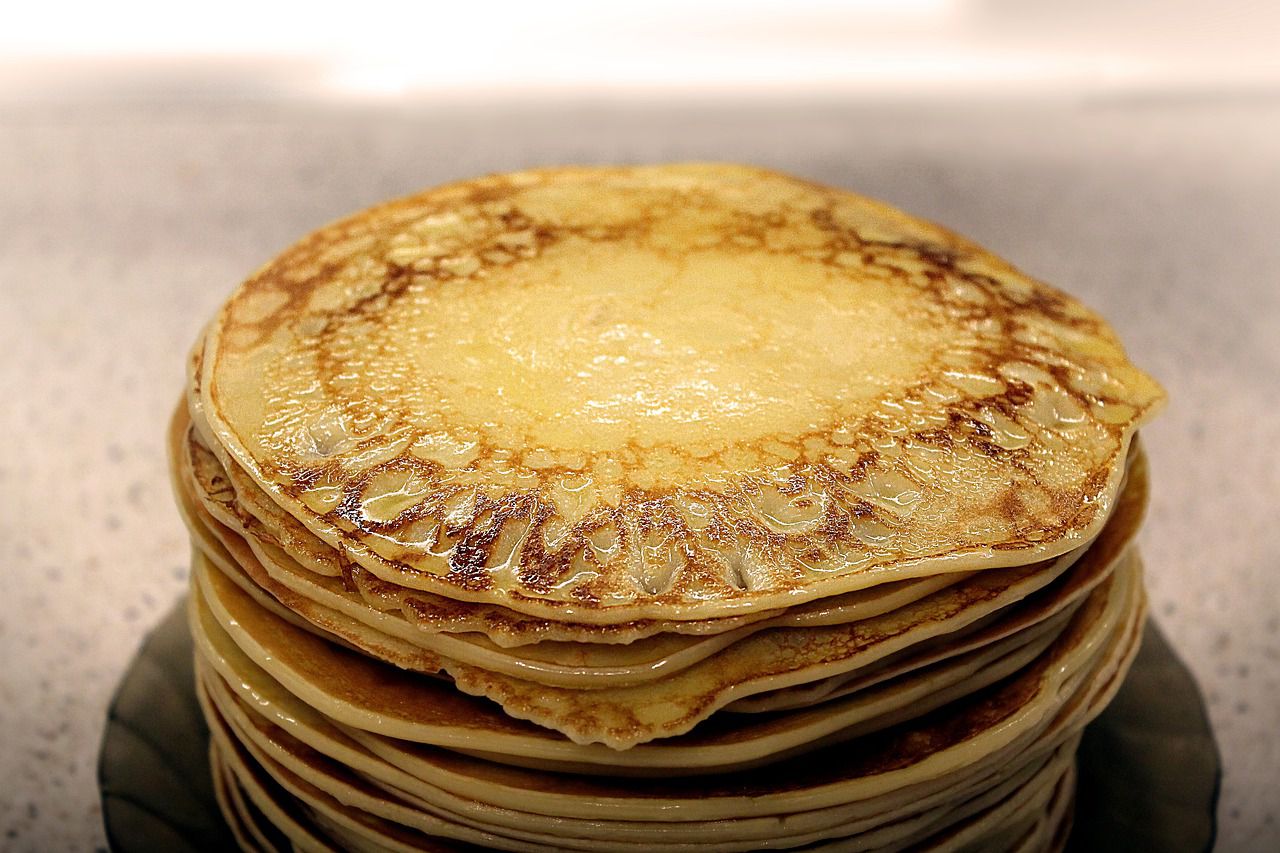 This mix of ingredients seems a bit strange, but many people agree that it is tasty. An interesting fact is that Finns call this type of cucumbers Russian, however they cook them using the same recipe, while in Russia this dish is referred to as belonging to Finnish cuisine. Now, it is difficult to find out from whom this dish originally came, but it could be assumed that it was Slavs who first tried to mix these ingredients together and that it was then taken to other countries, where the dish got its connotation of being “Russian”. Another idea to explain the origin of salty cucumbers with honey and sour cream could be found in the 20th century, when peasants didn’t have bread to eat and had to substitute it with something else.

You will be surprised to hear that, in Russia, rollercoasters are called American rollers, but in many places the world over they are still called Russian mountains. The oldest roller coasters are believed to have originated from the first so-called “Russian Mountains”, which were hills of ice specially constructed during the holiday Maslenitsa. Initially, this type of entertainment was outside the domain of the Emperors, but in 1784, Catherine the Great is said to have constructed a sledding hill in the gardens of her palace at Oranienbaum in St. Petersburg. The slides were built to a height of between 21 and 24 m and had a 50-degree drop, and were reinforced by wooden supports. However, although rollercoasters gained worldwide popularity through the USA, even until today they are still called Russian mountains. 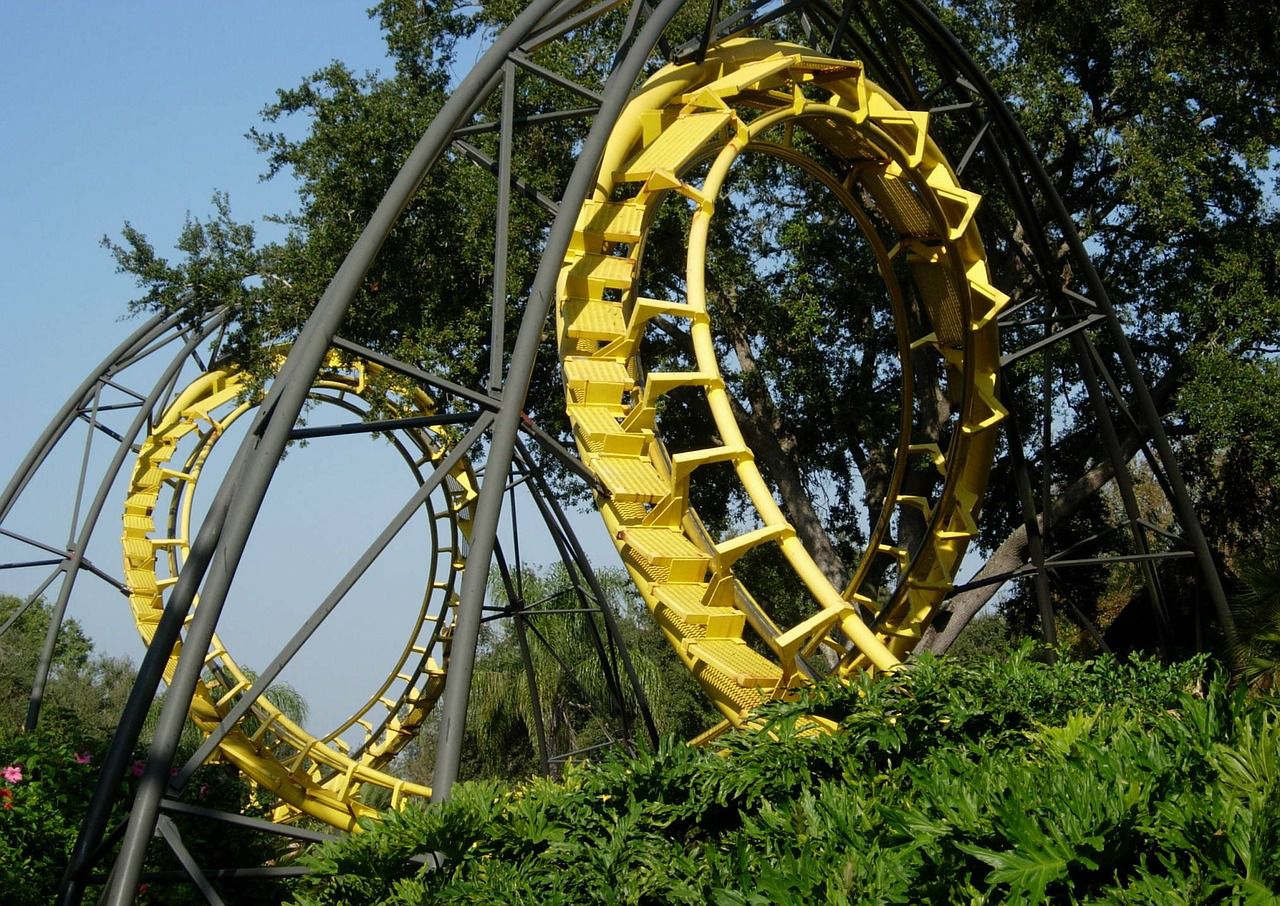 Typically, Russia is seen as being a country of tea, and that is true: 82% of the population drinks at least one cup of tea every day. But since the end of last century, the culture of coffee has developed more and more in Russia. This development is going so fast that there’s even a Russian recipe for coffee! All you need is to mix espresso, 10% cream, vanilla, sugar and (only sometimes!) a shot of vodka. Having been noticed in a Moscow cafeteria in 1996, this drink got the name of Russian coffee. However, most Russians do not know it and continue to cook coffee in a cezve or, as we call it in Russia, a “turka”, using the standard recipe.

If you are from Germany, you definitely know what is understood when people say Russian bread. It is a type of cookie that is made from eggwhite with cacao, sugar and without butter. Usually, these cookies have the form of Latin letters. The recipe for Russian bread was taken from Russian Saint Petersburg to Dresden, where the baker Ferdinand Friedrich Wilhelm Hanke made the cookies for the first time. The idea of Russian bread was (and is) to teach children without force and anger. Nowadays Russian bread isn’t popular in Russia at all, but the whole world still enjoys the cookies.

Russian women are known for their love of beauty, design and vogue. If you visit Russian cities, sometimes it will seem to you that you are watching a runway show, because Russian women know how to impress by their appearance, and they set a lot of fashion trends. One such trend is called Russian manicure (well-groomed, well-tended nails without nail polish) and has in fact nothing to do with Russia and Russian culture, because nail polish is still a preferred form of manicure for Russian women.

All foreigners are shocked by how many Russian salads there are and that their most important ingredient is mayonnaise. Russian salad abroad is a variety of the Russian holiday salad called “Olivier”. Russians make it from potatos, carrots, cucumbers, meat, eggs, green beans and mayonnaise. In some countries, the recipe will differ from the original (e.g., this salat can be prepared without eggs), but will still be understood to be Russian. 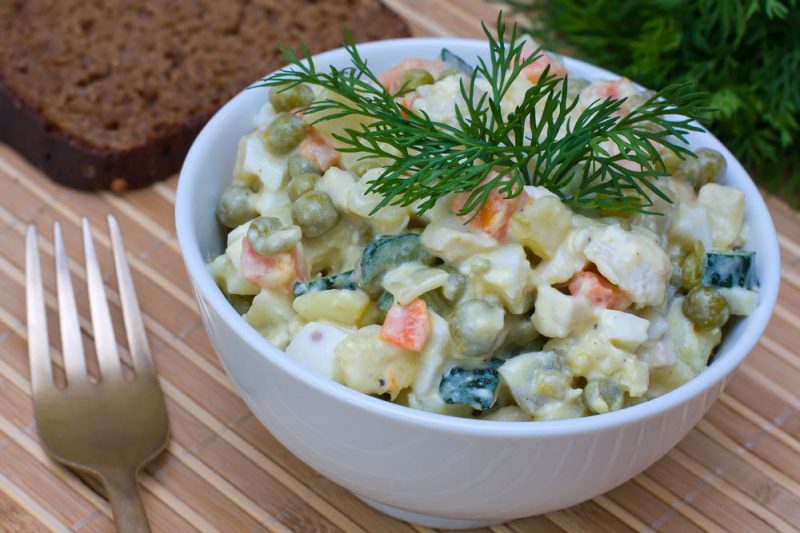 An intensive, passionate red color of lipstick or nail polish will often be called Russian. It is not a secret that Russian women like to wear bright colors, and they can often be recognized abroad by their nails or lips. As such, some makeup producers describe their products as red Russian, referring to the intensity and type of the color.

Service in the Russian style is a manner of dining that involves courses being brought to the table sequentially and the food being portioned onto the plate by the waiter (usually at a sideboard in the dining room) before being given to the diner. Up to the beginning of the 19th century, there was another manner of serving tables called service “in the French style”, where all the dishes were served at the same time and guests took the food themselves. Nowadays, service in the Russian style is so ordinary that we don’t think about its name and origin.

Do you know any dishes, trends or things that are supposed to be Russian but actually are not? If so, share them with us in comments!