The 9th of May, or the Victory Day (День Побе́ды), is one of the most important holidays in Russia when people celebrate the end of the Second World War and remember their relatives and friends who gave their lives to bring peace. In 1965 it became a national holiday and now is a part of the Russian May holidays (Ма́йские пра́здники) that usually start at the 1st of May (Пра́здник Весны́ и Труда́ – International Worker’s Day) and end after the Victory Day.

The Second World War involved the majority of the world’s countries, it lasted for six years and led to more than seventy million deaths. Forces under German control stopped their operation on the 8th of May 1945 under the German Instrument of Surrender, a document that stipulated the extinction of Nazi Germany and ended the Second World War. Due to the time difference between Central European and Moscow time zones, the day of the end of the war there differs: it is the 9th of May 1945 for Russians.

The only celebrations that Russians had on the 9th of May 1945 were fireworks and family and friends gathering (if there were left any). The first military parade on the Red Square was ordered by Stalin in June 1995 as a part of the celebration of the Victory. It was the biggest parade in Soviet history, more than 35000 militaries were involved, even army dogs took part in it. Incidentally, a lot of dogs were trained to join the Red Army and there are numerous statues of these dogs all over Russia.

From 1947 and for almost two decades the 9th of May was a regular workday for Russian. Only in 1965, it became a national holiday. In 1967 was created a war memorial, the Tomb of the Unknown Soldier, with the inscription “Your name is unknown, your deed is immortal”, it is dedicated to all the Soviet soldiers killed in the Second World War. With its creation, was born a tradition of laying flowers next to the Tomb on a Victory Day. The Tomb is in the Alexander Garden, next to the Kremlin in Moscow. Since 1997 the Guard of Honor is always present next to the Tomb of the Unknown Soldier.

The celebrations in modern Russia started in 1995 (there was a blanc period between the last parade in 1990 and 1995) where the warplanes were present on the parade for the first time in its history.

In 2008 war machines that were not present in the Victory parade for a long time, were brought there again, and since that moment every year Russian government demonstrates old and new Russian war machines and planes. There is a controversy in the Russian society about the presence of military machinery on the parade: a lot of Russians are concerned about the growing militarism of the Russian government; people try to draw attention back to the Second World War veterans and their remembrance. 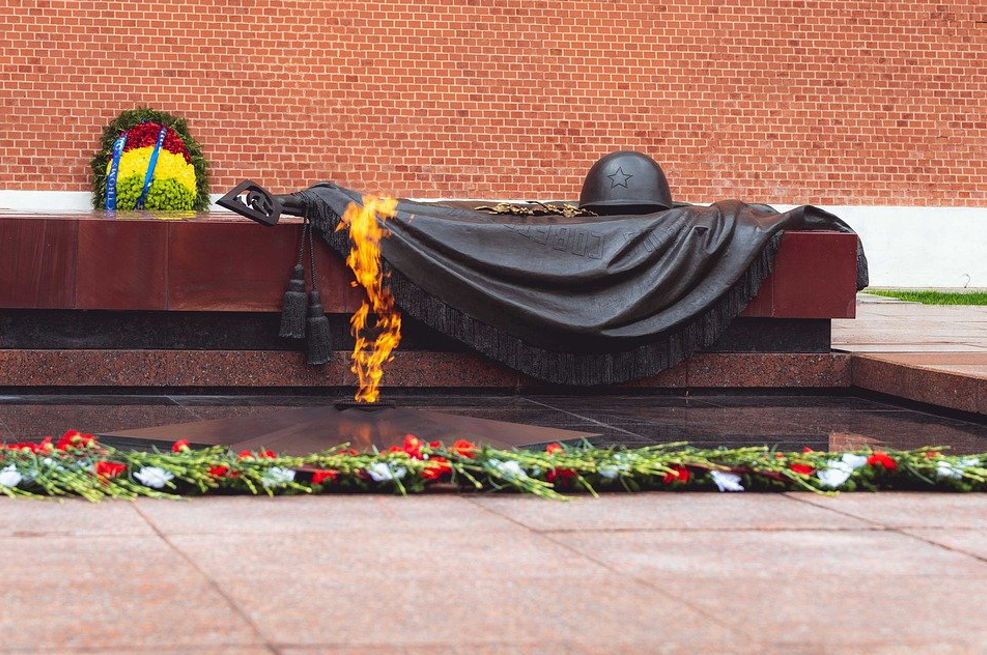 Usually, there are local celebrations in the city centers and a lot of Russians go there with their families and friends. It is also possible to look at the military machinery arriving at the parade on the Red Square (the parade itself is closed for the veterans and government officials). Most Russian people tend to spend Victory Day with their families remembering those members who did not come back from the war and celebrating those who did.

Those Russians who still remember the war days or the life after it and people from the modern generations carry the idea that Victory Day is a day to commemorate the fallen and to remember to never repeat the tragedy of the Second World War. As it says in the popular Russian song “Day of the Victory” by Boris Anisimov, the 9th of May is “a holiday with tears in your eyes”.