Home » Blog » The man who changed the world: Yuri Gagarin

Nowadays we cannot imagine our lives without gadgets which are supported by numerous functions of satellites. 60 years ago, people did not have any access to such comfortable life as we have now and the space was a big unopen secret. But 60 years ago, on the 12th of April 1961, a soviet man Yuri Gagarin became the first human to journey into outer space. His capsule, Vostok 1, completed one orbit of Earth and changes the history of the world. Gagarin became an international celebrity and was awarded many medals and titles which included the highest honor called «the Hero of the Soviet Union». But how did it all begin? Today we retell this story. 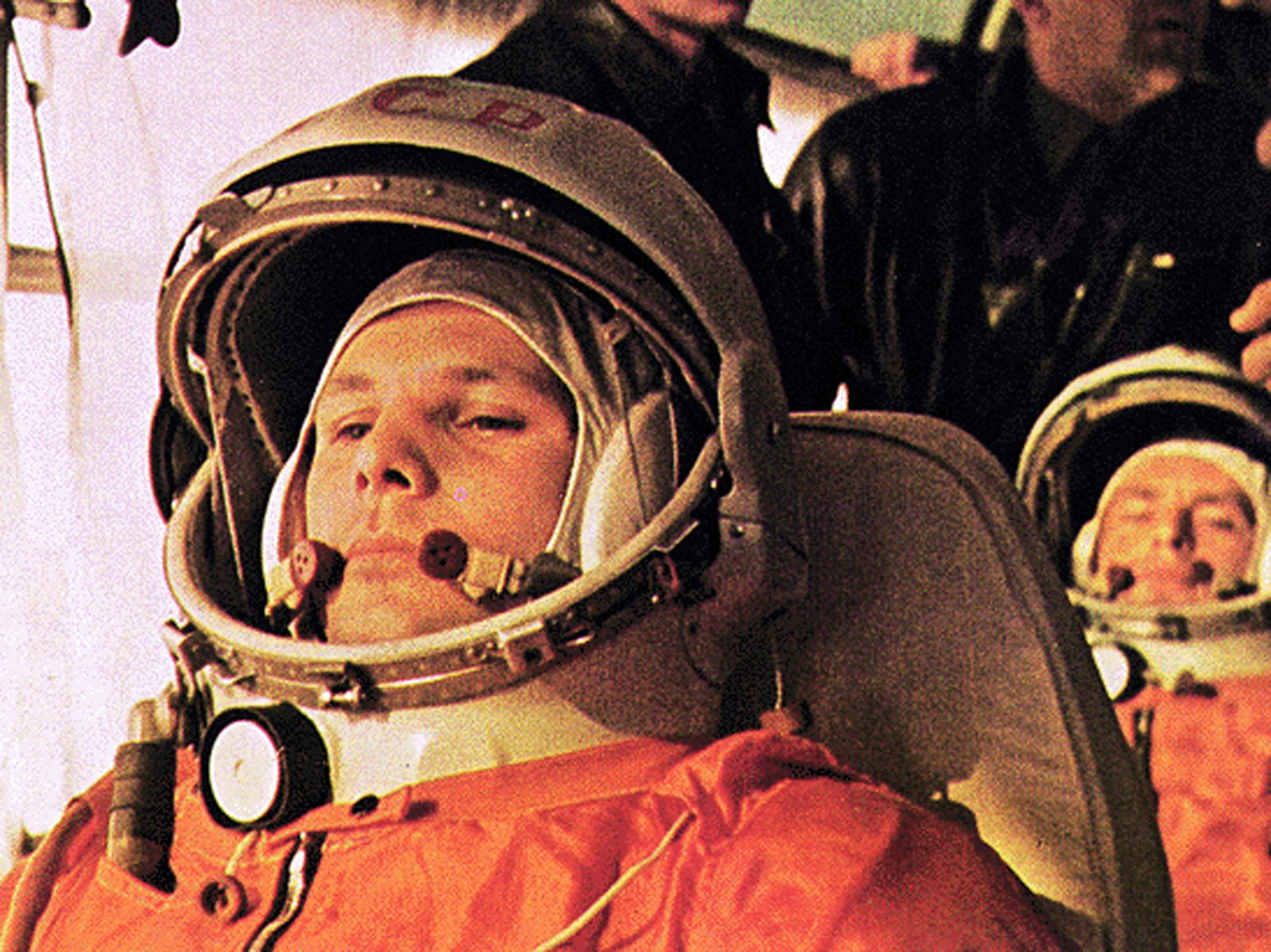 The 20th century was a big field of the competition between the Soviet Union and the United States of America. The reason for such opposition could be found in the late 1940th after the Second World War ended. That time began the ballistic missile-based nuclear arms race .The technological progress and advantages were necessary for national security, and became part of the symbolism and ideology of the time.

This competition began on 2d August 1955, when the Soviet Union responded to the US announcement that the USA wanted to intent to launch artificial satellites for the International Geophysical Year. The Soviet Union replied that they would also launch a satellite in the coming future. The Soviet Union achieved the first successful artificial satellite named Sputnik 1 on October 4 in 1957. The second step of this race was the flight of Yuri Gagarin into the outer space. The US followed all the steps of their competitor and years later Neil Armstrong landed to the moon. Both countries showed their achievements and their successes equalized. Anyway, Yuri Gagarin remains the first human being in space that is why we would like to talk about him.

The man with a charming smile: Yuri Gagarin

Yuri Gagarin was born on the 9th of March 1934 in a small countryside near the town Gzhatsk (later this town got its new name Gagarin) in an ordinary working family. He as a majority of people in the Soviet Union experienced the occupation of the Nazis Army when German soldiers took the house of his parents and they had to live in a dugout. Years later Yuri Gagarin did not like to remember that time. After the end of the war, he decided to leave his countryside and move to Moscow. In Moscow he lived at his uncle`s place, went to school and was a member of the club of the plane’s lovers. There he tried to fly for the first time and fell in love with the sky. A couple of years later, in 1955, he was called up for military service to the First Chkalovsky Higher Air Force Pilots School in Orenburg. Generally, he was a brilliant student however he could not always manage a landing and he was supposed to expel from the school but he trained a lot and proved his skills.

The preparation to the flight

Nobody knew that time that the Soviet government prepared space Vostok program. It was absolutely secret for everyone. The Soviet government had the information about the plan of the US to send a man into outer space in the second part of April 1961 that is why the Soviets had to hurry up to be the first. To make the flight possible the Soviet government settled a special commission which selected the candidates. Firstly, a potential cosmonaut had to be a member of the communist party. Secondly, a pilot had to be between 25 and 30 years old. Also, he should weigh less than 72 kg (159 lb) and be no taller than 1.70 meters (5 ft 7 in). Except all of these requirements the cosmonaut had to be mental stable, his mental health had to be very strong that is why the Soviet commission tested not just the physical force but also controlled how all candidates could overcome and handle with stress. Yuri Gagarin did all tests well and suited with his physical condition because he was 1.57 meters (5 ft 2 in) tall. So, he was firstly selected from 154 pilots and then from 29 cosmonaut candidates. However, Gagarin seemed to be the best candidate the Soviet Government understood the importance of a backup. German Titov was also selected for the space flight but got his chance after Gagarin did it.

On 12th April 1961 the whole team and Gagarin launched the Baikonur cosmodrome where the space ship was ready for the start. The flight began at 9:07 Moscow time. Fortunately, there is a radio record of the small dialog of Gagarin with the chef of the program Sergey Korolev:

Gagarin: Off we go! (Poyekhali!) Goodbye, until [we meet] soon, dear friends.

Gagarin’s farewell to Korolev using the informal phrase Poyekhali! (Поехали!, ‘Off we go!’). Gagarin spend 108 minutes in the capsule and did some ordinary actions to test the body. For example, he drank some water, ate a snack, made some notes in his notebook. While he was writing he wanted to put his pencil and saw that it`s impossible because it also flew. Gagarin which call-sign was Кедр (cedar) constantly described his feelings and observations. He was also fascinated by the space view and the Earth.
Constructors who created the space ship supposed that during the flight the cosmonaut could get a panic attack and it could lead to problems with mechanical driving of the space ship. To prevent it and to normalize the mental condition when the cosmonaut had to begin mechanical driving, constructors put an envelope with a simple mathematical task in it. Gagarin solved this task and ruled the space ship without any problem. When he landed back to the Earth, he said that he did not have any stress or mental issues.

The life after space

The Soviet Government announced the success of the space flight day later. After this Gagarin became a worldwide celebrity. The Soviet Government honored him with a lot of titles and medals, he also visited more than 30 countries retelling about the space, the feelings in the space and about the importance to keep our planet safe. All the people who met him, said that Yuri Gagarin was a very easy-going, nice and shy man with a charming smile. Of course, his career did not stop after the space flight. He continued to work as a pilot, he helped his wife to raise two daughters and prepared for the second flight to the space. Unfortunately, he tragically died at the age of 34 during the flight test. The reasons of the accident are not clear till now.

The name of Yuri Gagarin isn’t known for everyone. But we hope that after this article you will remember him because he was a man who did a huge step in the development of technologies and studies of space. To honor Yuri Gagarin`s achievement Russia celebrates the Day of Astronautics on the 12th April.

Famous Poyekhali! (Off we go!)