Saint Petersburg is a well known city of Russia. It is often called the second capital of Russia because, first of all, it was the capital before the Revolution of 1917, and second, it is the second biggest city of Russia after Moscow. Usually, people associate Saint Petersburg with the reforms of the Peter the Great who promoted Russia as a European country, or with moveable bridges during white nights. While these facts are true and already worth attention, there are many other interesting stories about Saint Petersburg that you probably did not know about. Before the new travel season starts, we want to share with you some of them. Let’s begin! 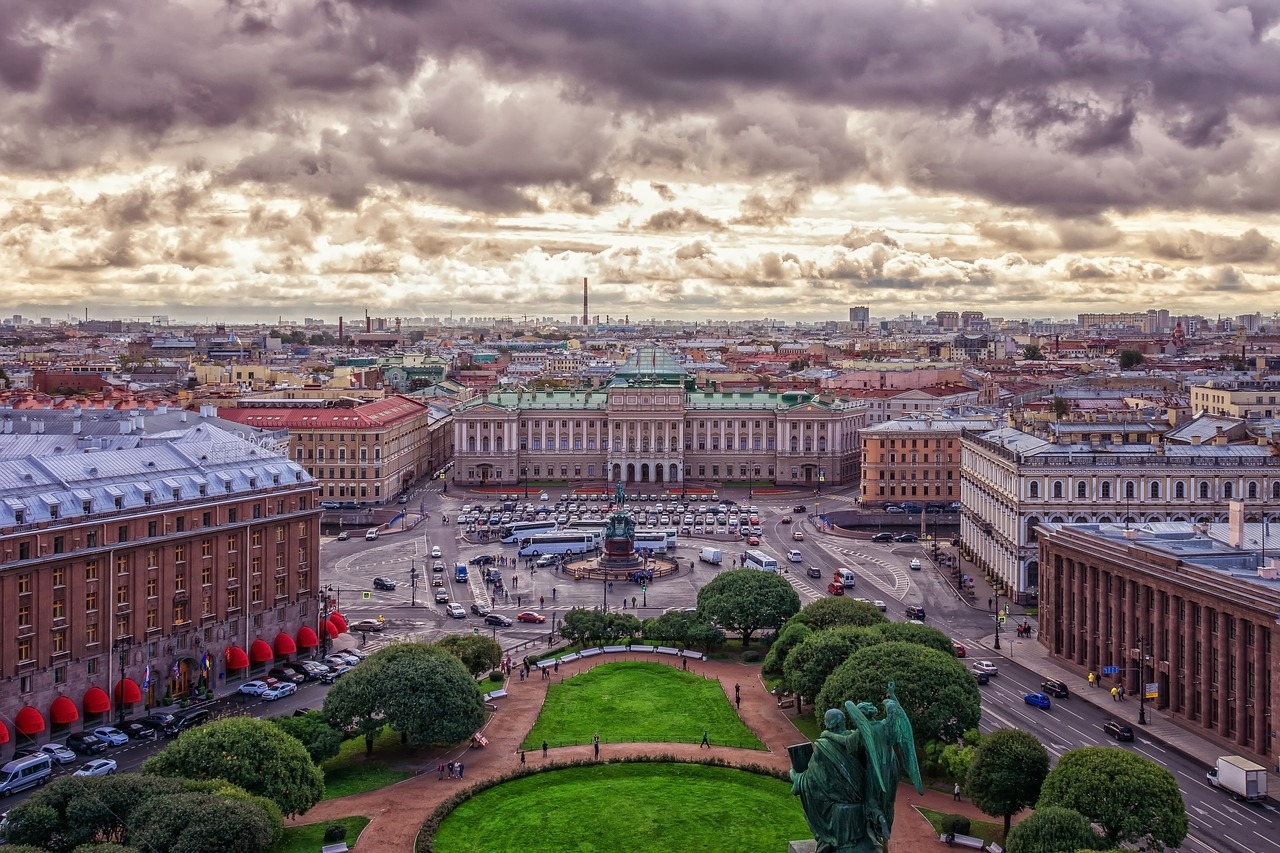 The subway in Saint Petersburg has a lot of features. The first one is the depth of the stations. The city is located on swamps, surrounded by the river Neva, and has the connection to the Finnish Gulf. All this forced the constructors to build the subway very deep into the ground to avoid water on the stations. For example, the metro station «Admiralteiskaya» (Russian: Адмиралтейская) is located at the depth of 86 meters. Sometimes you need 3-5 minutes to reach the platform after you enter the subway.

The second interesting fact about the subway in Saint Petersburg is the length of stages. The stage between stations «Gostiny Dvor» (Russian: Гостиный двор») and «Vasileostrovskaya» (Russian: Василеостровская) is 3128 meters and it’s not a record.

Another interesting fact about the subway in Saint Petersburg is that it can be used as the air raid shelter despite the beauty of all the stations. While visiting the city, don’t forget to take the train to the station «Avtovo» (Russian: Автово) which is simply magnificent.

Probably some of you remember the time when this city was called Leningrad. But do you know that it changed its name multiple times?

The oldest building of Saint Petersburg

Despite his royal position Peter the Great was a modest person who didn’t pay a lot of attention to his personal comfort. That is why it’s not a surprise that in 1703, after the Peter-Pavel’s Fortress was founded, he built a simple wooden house near to the river Neva for himself. The emperor lived there untill 1712, and after that this small house turned into a museum. You can visit it to see how the Russian tsar was spending his days. According to the records, the house of Peter the Great is officially the oldest building in the city.

The battle with the water

Being built on water, Saint Petersburg experienced heavy floods three times. For the first time on the 10th of September in 1777, after it on the 7th of November in 1824, and on the 23d of September 1924.

The heaviest flood happened the 7th of November in 1824 when 465 buildings were ruined, 3600 of animals died and the water was 410 cm above the ordnance datum. The city needed about 20 million of rubles to rebuild after the catastrophe. During the restorations it was decided to build high granite embankment along the river to stop the water.

Nowadays Saint Petersburg is protected by a dike which is closed every time when storm is forecasted.

Peter the Great was passioned about the idea to use boats as regular mean of transport in the city instead of horses. He wanted it so much that during the first years people did travel from one side to another by boats. Later, the situation changed dramatically. In the city center some of the rivers were filled up with sand and stones, and this is how Saint Peterburg got its new streets and prospects. Technically, it was a good decision because the growing city needed new transport lines, and small rivers and canals were used for not hygienical activities.

If you find yourself on Ligovskiy Prospekt during your visit to Saint Patersburd, you can be absolutely sure that this was a canal before.

Fontanka embankment in Saint Petersburg is a very popular spot for tourists because there are a lot of sightseeings there. Until 1918, near the house №6 on Fontanka embankment, there was the Imperial University of Law and students who studied there wore special green uniform with yellow tab and yellow cuffs. They reminded people small birds called Eurasian siskin (Russian: чиж, nicely called чижик) and students of this Law University were called Chizhyk-Pyzhik (Russian: Чижик-Пыжик). The second part of the word Pyzhik was formed from the Russian verb «пыжиться» means «to put a lot of effort to make somebody look better than he really is». The statue of Chizhyk-Pyzhik was opened in 1994, its size is just 11 cm. There were 7 thefts of this tiny monuments but each time it was reproduced and returned to its place.

Saint Petersburg is an open museum city. Probably it is the main reason why nobody got surprised when Saint Petersburg won the World travel awards as World’s Leading Cultural City Destination 2021. It is the seventh time in the history of the city when it gets this attention.

We really hope that you will be able to visit Saint Petersburg and have a chance to experience the white nights life.

What facts about Saint Petersburg were the most interesting to you? Should we continue with the new facts? Please let us know in comments!