Russian Christmas (Рождество́ Христо́во in Russian) is probably the most important Orthodox holiday after Easter. Orthodox Christmas is celebrated on the 7th of January (the 25th of December on the Julian calendar) because the Russian Orthodox church operates on a Julian calendar that is currently 13 days behind the Gregorian calendar.

In the Soviet Union, Christmas along with other church holidays were banned and it was stated as a national holiday only in 1991. Since the Soviet Era, many Christmas traditions were moved to New Year’s, which has been the most popular holiday in Russia ever since. For most Russians, the main winter holiday is still New Year, the time of the year when families gather, present each other with gifts and decorate a pine tree. Christmas is celebrated mostly by the religious Russians, but it is still very popular.

Many of Russia’s Christmas customs originated with the pagan culture that existed in Russia before the arrival of Christianity. There are several Russian Christmas customs such as caroling and fortune-telling. Christmas Eve is anticipated by a strict Nativity Fast for forty days leading up to Christmas Eve. During the Fast, no animal products except for seafood on certain days are allowed. 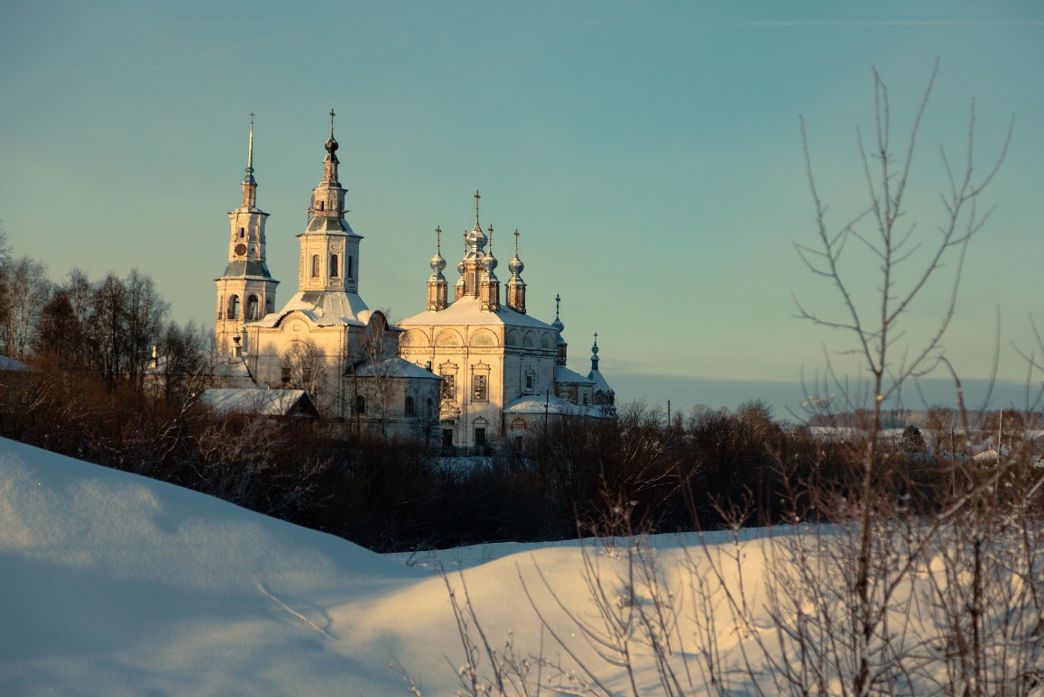 Christmas in Russia is followed by the Christmastide (Свя́тки in Russian) that are twelve days closely associated with the pagan traditions of fortune-telling and caroling. It starts on the 7th of January and lasts until the 19th of January, the Epiphany (Богоявле́ние in Russian). The baptism of Jesus Christ is celebrated in Russia by diving into special baptismal holes cut out in the icy rivers and lakes.

Russian Christmastide is a celebration of the winter solstice that starts the solar year. During the Christmastide, Russians dress up and go carol-singing (Колядова́ние in Russian). The songs are called ‘Kolyadki’, these are old songs that don’t have any author.
The other popular pastime during the Christmastide is fortune-telling. It is usually performed by girls who want to know when they will get married and who their groom would be. They use a lot of different ways to tell the future: special amulets, mirrors, wax, cards.

Typically, there are several long church services that Russians attend during Christmas: three masses are held on Christmas Eve (the 6th of January). These are the Royal Hours, Vespers, and the Divine Liturgy. Some believers also attend All-night vigil and then the Devine liturgy of the Nativity on Christmas morning. Also, there is a Midnight walk that is a walk around the church at the stroke of 12 to commemorate Christ’s birth. 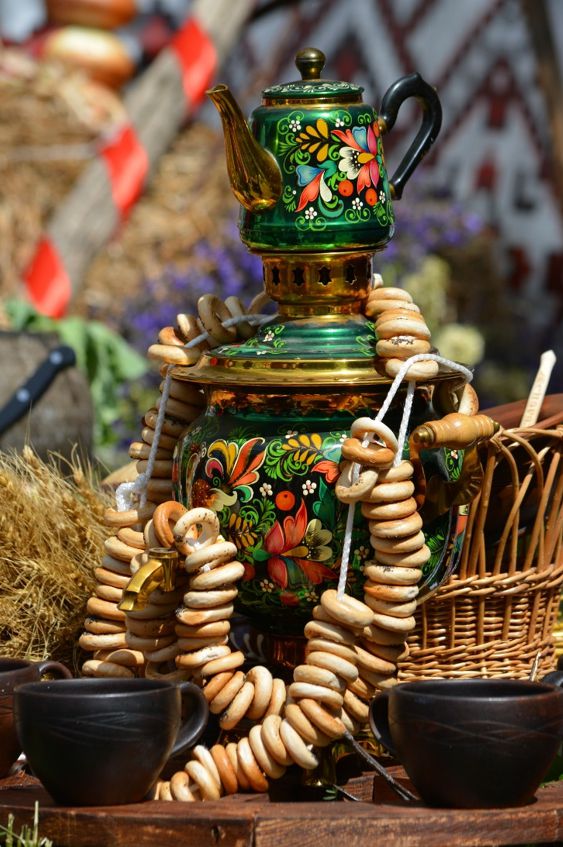 After the Church services families return home for the Holy Supper that concludes the Nativity Fast. This traditional Christmas Eve meal consists of 12 dishes that commemorate the Twelve Apostles. The meal starts after the first star is seen in the sky; it symbolizes the appearance of the Star of Bethlehem that inspired wise men from the East to travel to Jerusalem.

The Holy Supper is usually meatless. Typical dishes are sochiva or kutya, which is a mixture of nuts, seeds, dried fruits, and honey; lenten bread is served with vegetarian soups – a beet soup that is called borsch and a salty soup solyanka (that can also be made with meat). Some families prefer a meat main course, others cook fish or a vegetarian dish. The meals are accompanied by a variety of side dishes like aspic, stuffed pies, and desserts in various forms. Often there also are Russian sweet or salty pies ‘pirogi’ and crepes ‘blini’. Typical drinks are kompot (sweet fruit beverage), kissel (viscous fruit drink), and sbiten’ (hot honey drink).