Home » Blog » The most influential women in the history of Russia

In modern days we aim to fight for the rights of women all over the world, to give them better access to education and career chances. Some countries achieve good results in this campaign, and some countries do their best to reach the same results. It`s interesting to see how the world changes and women get more possibilities to live life as they want to. Today we will share with you short biographies of Russian women of different epochs who left an imprint on Russian history. 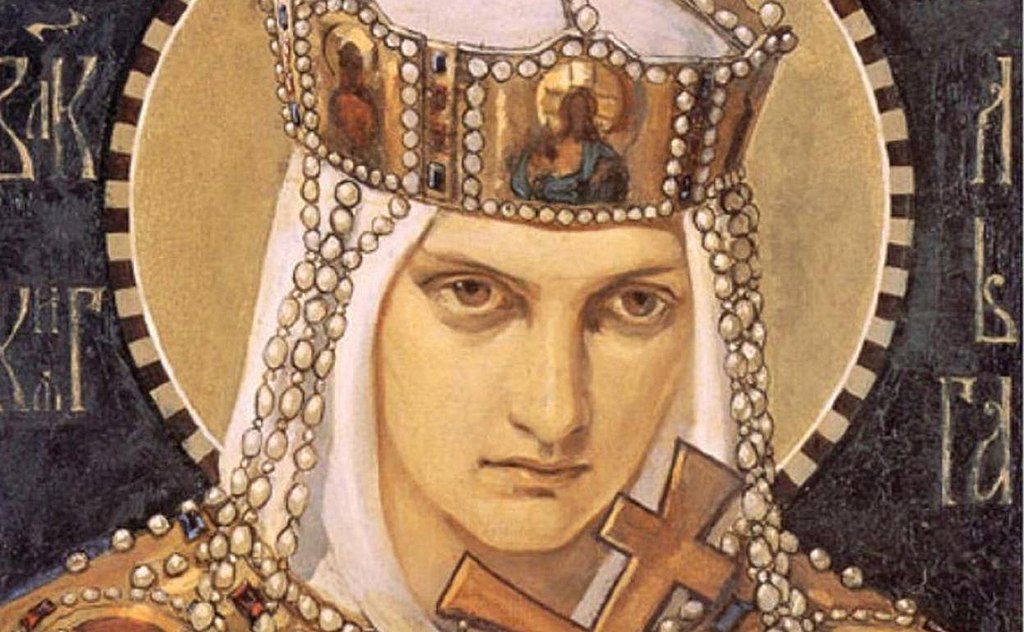 There`s no exact information about when Olga was born but her story became well-known after she married king Igor of Kyiv. In 945 the tribe of Drevlians killed Igor, and Olga had to be a regent of Kievan Rus till 960 when her eldest son Sviatoslav became old enough to reign alone.

Olga is known as a woman who sophisticatedly took revenge on the Drevlians after they killed her husband Igor, but her main achievement was that she was the first person who was baptized in 955 in Byzantium. She shared her new beliefs with her children and grandchildren, as she tried to convince them to leave paganism and embrace “the real God”. The Kievan Rus was baptized years later in 988 by Olga`s grandson Vladimir the Great. Olga died in 969 in Kyiv and was venerated as a saint in the Eastern Orthodox Church with the epithet “Equal to the Apostles” due to her constant efforts to spread Christianity. 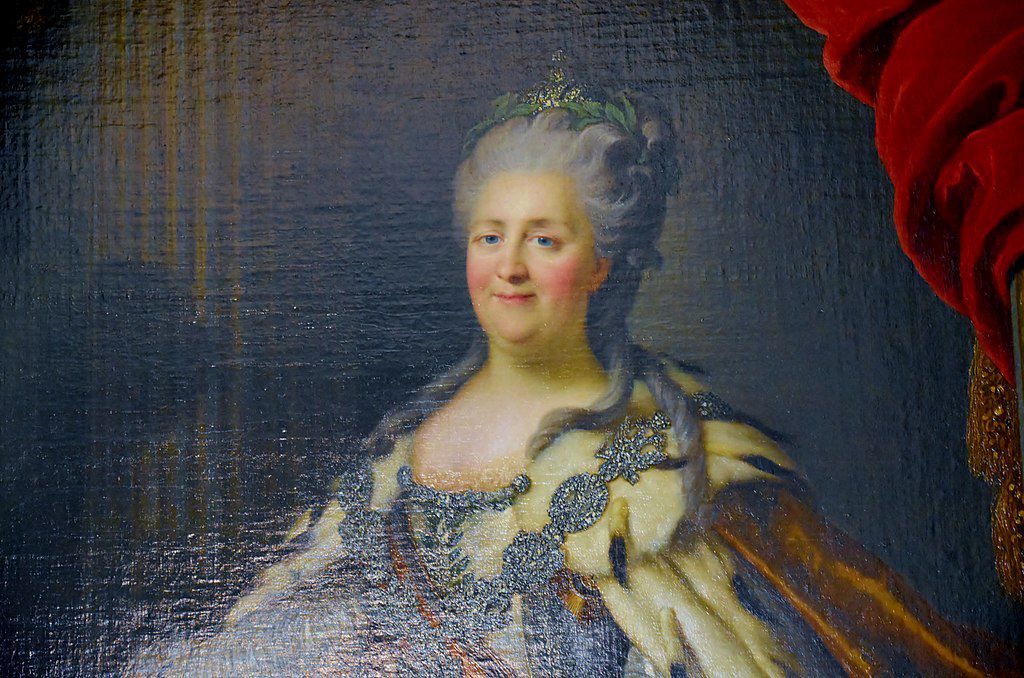 Catherine the Great is the most recognizable woman in Russian history. Her long period of rule was controversial but during this time Russian Empire was influenced by the ideas of the Enlightenment. Russia experienced a Renaissance of culture and sciences, and many new cities, universities, and theaters were founded. It was the beginning of the heyday of culture. A huge number of European immigrants (mostly French, German, and Italian) moved to Russia to open their factories and businesses, and Russia was recognized as one of the great powers of Europe. 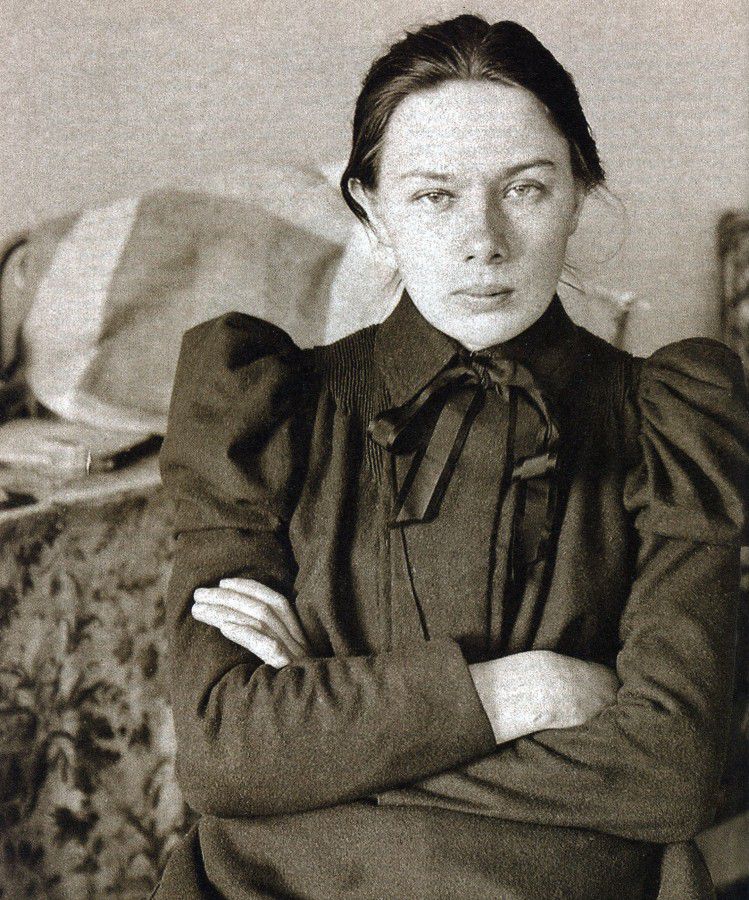 “Behind each successful man is a strong woman”. This quote describes Nadezhda Krupskaya very well because she was a wife of a famous man, Vladimir Lenin.

Nadezhda Krupskaya was born in Saint Petersburg to an aristocratic family. Her father supported the January Uprising in Poland against Russian Empire, while her mother was a governess. After the death of the father, Nikolai Utin, who was a friend of the family, took care of Nadezhda and her mother. Nikolai Utin was a friend of Karl Marx, so Nadezhda started to learn more about Marxism.
In 1894 she met Vladimir Lenin for the first time while she was already a well-known revolutionary. In two years, they married. During the marriage, she continued her political career and was an important functionary of the Bolshevik faction of the Russian Social Democratic Labour Party from 1903.

After the Russian Revolution in 1917, she became chair of the education committee in 1920 and was the Deputy education minister from 1929 to 1939.

Nadezhda Krupskaya took a big part in the foundation of the Soviet educational system itself. She also had a big role in the development of Soviet librarianship. After the death of Vladimir Lenin, she wrote a lot of books and papers about his life and ideas, about Bolsheviks, the principles of education, and pedagogy. She died in 1939. 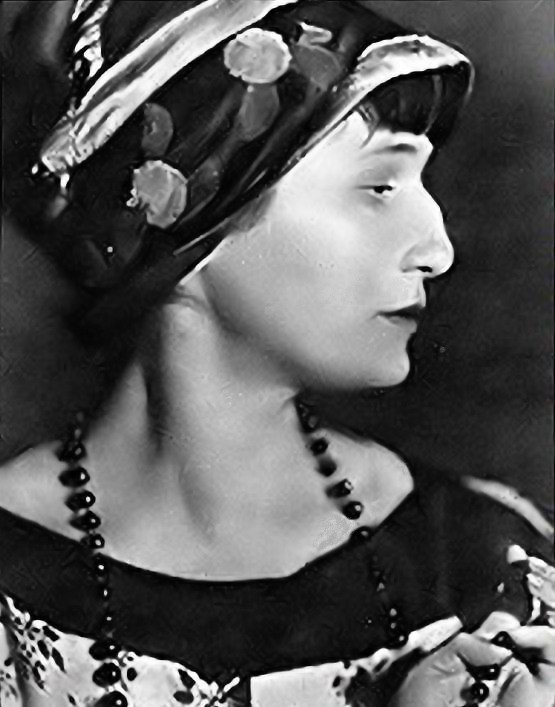 A representative of the Silver Age of Russian poetry, Anna Akhmatova had a dramatical biography. She was born in 1889 to an aristocratic family and wrote her first poem at the age of 11. Anna got a good education and spoke fluently French.

Her style in poetry is called «acmeist poetry» which describes a yearning for world culture, and aspiration to the ideal of Apollonian clarity. This type of poetry wasn`t suitable for the Bolsheviks and as a result, the poems of Anna Akhmatova were forbidden and weren’t published.

The drama of her personal life affected her work. After her husband Nikolay Gumilyov was arrested and prosecuted in 1921, Anna began to create her famous elegy «Requiem» which briefly states how she waited for months outside Leningrad Prison, along with many other women standing there for just a glimpse of their husbands, fathers, brothers or sons who had been taken away by the NKVD in Soviet Russia. In 1949 her son Lev Gumilyov was arrested and sentenced to ten years in prison camps.

During the Khrushchev Thaw, the poems of Anna Akhmatova were published again and she became a tutor for new coming Russian poets e.g., Joseph Brodsky. Anna Akhmatova died in 1966 at the age of 76. 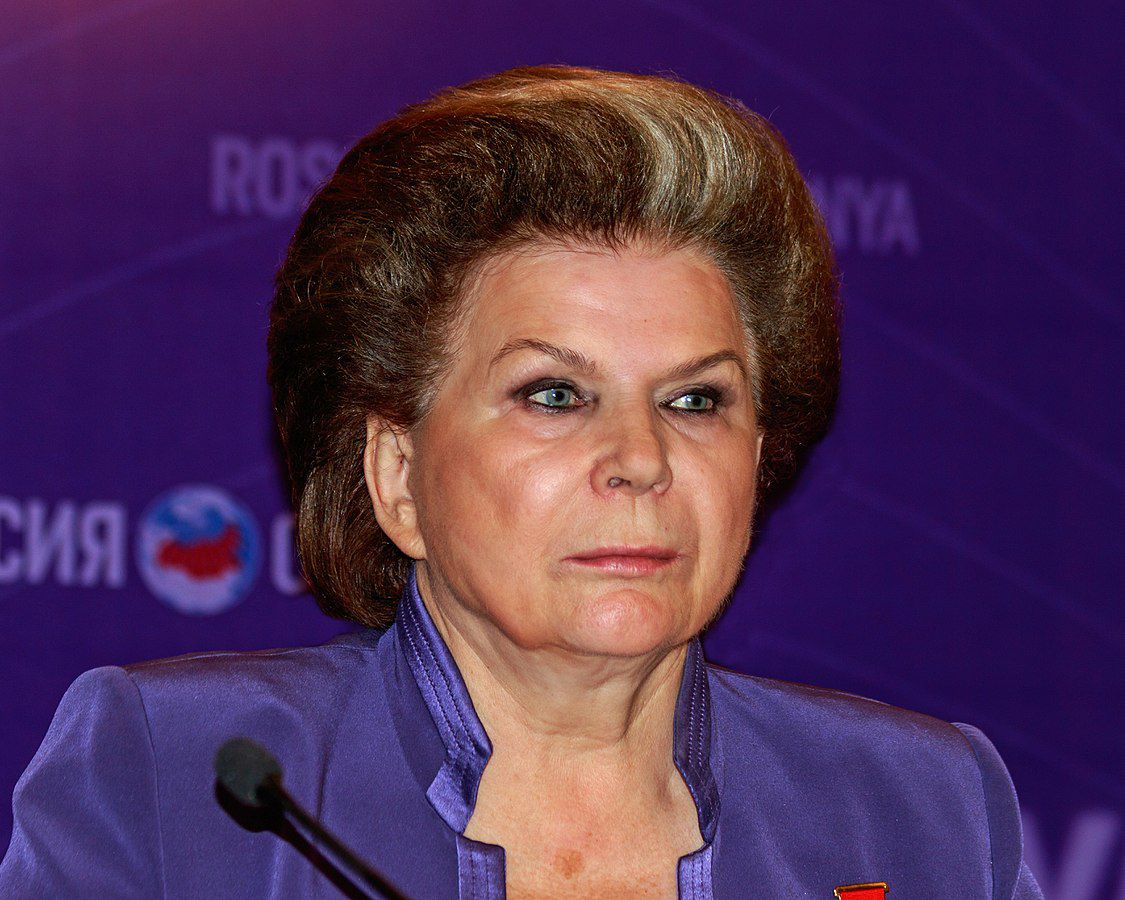 A girl from a small countryside in Yaroslav Region became the first female cosmonaut ever. Her story tells a long way of a hard-working woman.

Before the first space flight, Valentina Tereshkova worked at a textile factory and was a member of a group of amateur skydivers. Also, she played domra to earn extra money.

After the successful flight of Yuri Gagarin, the chef of Russian cosmonauts Sergei Korolev decided to repeat the flight with a woman on the spaceship. He needed a woman skydiver who was younger than 30 years, not taller than 170 cm, and no more than 70 kg. Sergei Korolev chose five women with these parameters, and the political and social settings of Valentina Tereshkova stood out, and she became the first candidate for the flight.

Tereshkova passed all the pre-flight tests and went into the open space on the 16th of June in 1693. She spent three days in space and did 48 turns around the earth.

After the flight, she graduated from Zhukovsky Air Force Engineering Academy where she got a doctorate and wrote about 50 scientifical papers. She also began her political career and is until nowadays a member of the Russian parliament. Valentina Tereshkova is also happily married and has children and grandchildren.

Women are often erased from history but today we presented a few stories of strong women who had their worldviews and ideas, and who realized them ms despite all the difficulties. We would like to find out about such inspiring women of your country, let us know their names in the comments!