One of the symbols of Russia is easter eggs created by Peter Fabergé at the end of the 19th century – beginning of the 20th century. But do you know how these jewelries appeared and who was Peter Fabergé? If not, this article is special for you!

Peter Karl Fabergé was born in a German family in Saint Petersburg on the 30th of may in 1846 where his father Gustav, also jeweller, founded the House of Fabergé four years before the birth of his son. Peter went to the German St. Anne School in Saint Petersburg till he turned 14. In 1860 the family decided to back to Germany and Peter`s father left his fabric in the hands of his business partner. In Germany Peter continued his education at Dresden Arts and Crafts School. After this he wanted to boost his knowledge and to improve his taste that`s why he started a big trip around Europe. Peter received tuition from respected goldsmiths in Germany, France and England, got a course at Schloss’s Commercial College in Paris, and experienced the objects in the galleries of Europe’s leading museums. In 1872 he back to Saint Petersburg, married Augusta Julia Jacobson. They welcomed their four children. During these years of marriage and baby births he was tutored by the business partner of his father who ruled the House of Fabergé. The company created not just jewelry but was also involved with cataloguing, repairing, and restoring objects of the Hermitage. Peter Karl Fabergé became the head of the House of Fabergé after the death of business partner of his father in 1882. Beginning from that moment he was responsible for the entire jewelry business and luckily, he had enough experience.

The imperial love and the Easter eggs 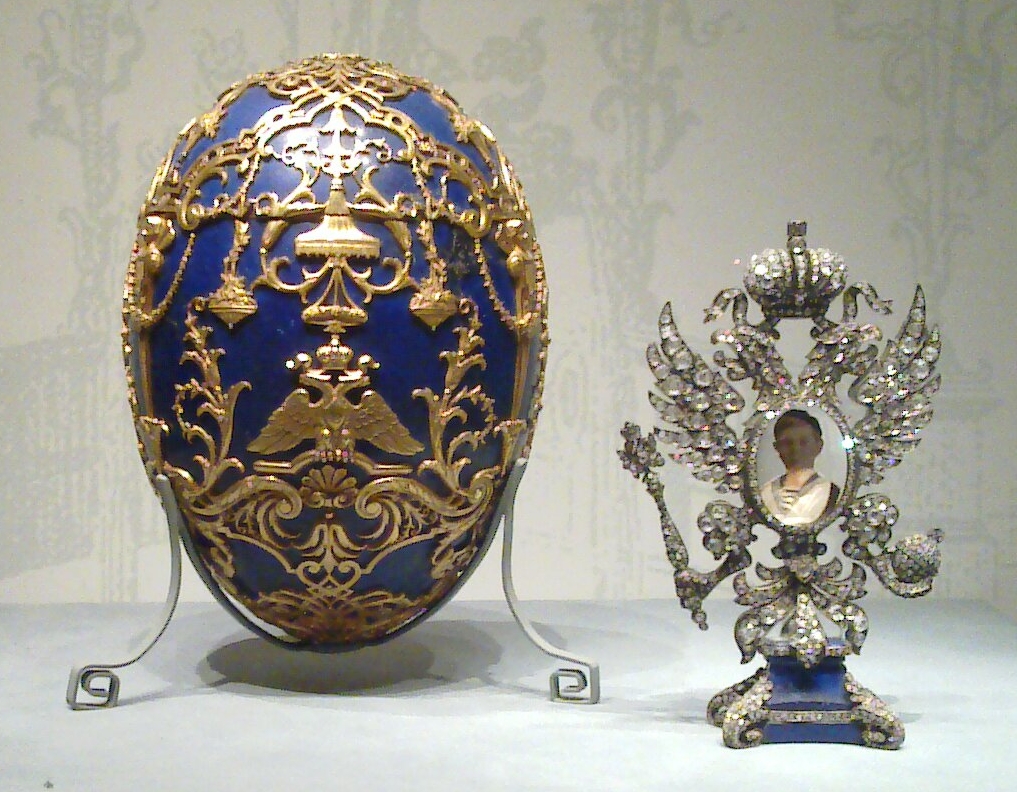 The tradition of sending Easter eggs begins with the Russian imperator Alexander III. The love story of Alexander II and his wife is very unusual and makes people wonder till our days.

His wife, Maria Feodorovna, Dagmar of Denmark, firstly was a beloved woman of Alexander`s brother Nicolas who had supposed to be the next Russian imperator and who wanted to marry Dagmar. Unexpectedly during his trip around Italy he got ill. Doctors spent a lot of time trying to understand what was happened. When they found out the viral meningitis it was too late, Nicolas died. According to the order of succession next imperator had to be the younger brother of Nicolas, Alexander.

After the funerals Alexander and Dagmar kept in touch with each other writing letters. They both got a feeling that they were created for each other and that their love was there. In summer 1866 they got engaged, Dagmar turned into the orthodox church and she was given the name of Maria Feodorovna. After their wedding in October in 1866 they happily lived 30 years together. To surprise his wife Alexander III got the idea of Easter eggs as she had one in her childhood. To make it possible he asked Peter Fabergé to help him.

The beginning of the Easter eggs

The egg symbolizes the life and it`s not a surprise that is why exactly this object was chosen for the present. The first egg Peter Fabergé created for Maria Feodorovna reminded an ivory hen egg made for the Danish Royal Collection in the 18th century. Alexander III wanted to give the tribute to his wife so the first egg had to look like close to the original one. This egg even got the name «Hen egg» («курочка» in Russian). The egg opens to reveal a golden “yolk” within, which opened to reveal a golden hen sitting on golden straw. The Empress did love the present a lot. Peter Fabergé was recognized as the imperial jeweller and Alexander III ordered to create such nice eggs for each Easter. A couple of years later Alexander III decided to present these eggs also to his mother.

Peter Fabergé got the free choice about egg`s design. The main task was to create very nice and unusual egg with surprise inside. The fantasy of Peter Fabergé allowed hit to create real masterpieces: there were eggs with a peacock, the mini copy of imperial carriage inside or small portraits of Maria Feodorovna`s children. In total there was 52 Easter eggs that Peter Fabergé created for the Romanovs.

The Russian revolution and modern times

In 1916, the House of Fabergé became a joint-stock company with a capital of 3-million rubles.

The following year upon the outbreak of the October Revolution, the business was taken over by a ‘Committee of the Employees of the Company K Fabergé. In 1918 The House of Fabergé was seized by the Bolsheviks. In early October the stock was confiscated. The House of Fabergé was no more. The Bolsheviks didn`t pay a lot of attention to the value of Fabergé`s eggs and sold them abroad to get money. Fortunately, not all the eggs disappeared. Some of them were transported to Moscow where they were put into museum but the biggest number of eggs could be found in private collections in the UK, France and Germany. 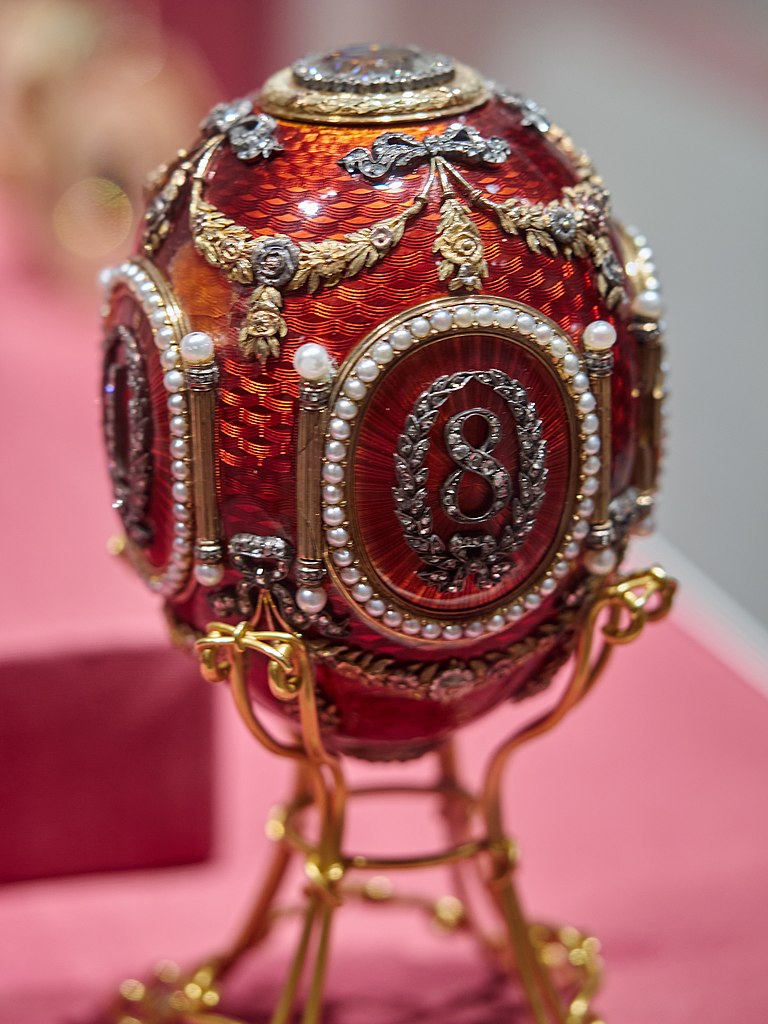 Nowadays Fabergé`s eggs collection is going to be brought to Saint Petersburg again. Thanks to the help and charity of Viktor Vekselberg the most well-known eggs were back to Russia and exhibited in a special opened for this museum – the Fabergé museum. Now all the people who are interested in the history of jewelry can enjoy the beauty.

The story of Easter eggs is a bit mysterious but has a good end. Till the boaredrs will be opened we suggest you to have a virtual excursion via https://fabergemuseum.ru/kollekczii/shedevryi-kollekczii/?section=section_1.