Ruslan and Ludmila are names often used to show or underline a couple’s love and adherence. For example, a couple of swans in a lake in Saint Petersburg are called this because swans build strong families and stay together till their last days. But why did Ruslan and Ludmila become a symbol of love? Who were they? This article will answer these questions. 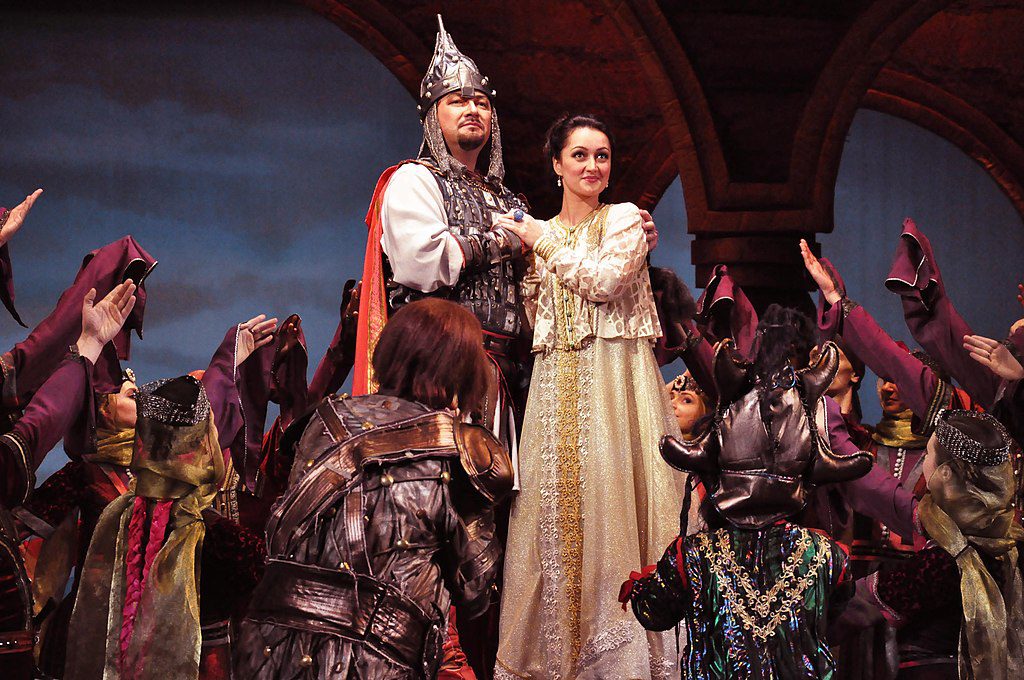 The most famous Russian poet and writer is Alexander Pushkin (1799-1837), who is usually named the founder and developer of the modern Russian language and literature. He created the poem «Ruslan and Ludmila» in 1818-1820 after graduating from the Imperial Lyceum where youths of the best families were educated and were supposed to occupy important posts in the Imperial service after graduation.

Alexander Pushkin wanted to write a fairy poem and was inspired by Ludovico Ariosto and his «Orlando furioso,» Voltaire and his «The Maid of Orleans,» and others. He also found his inspiration in Russian folk literature like Eruslan Lazarevich. To make his poem heroic, Alexander Pushkin also read a colossal work by Nikolay Karamzin, «The history of the Russian state,» published fresh. In this book, Pushkin could find and take names and prototypes of heroes for his poem. Thanks to that, «Ruslan and Ludmila» can be seen as a fairy poem with folk elements based on historical facts.

So what is their story?

A Wisdom cat retells the story of Ruslan and Ludmila in a fairyland called Lukomorye.

Kievan king decided to marry his daughter Ludmila to a bogatyr Ruslan, but the night before, a wicked magician, a dwarf with a long beard named Tchernomor, stole Ludmila. The king, the father of Ludmila, canceled the wedding and announced that the real husband of his daughter would be a man who saves her. Ruslan and three other men decided to rescue Ludmila. They were Rogday with a strong character, cowardly and boastful Pharlaf, and a young Khazar named Ratmir. On their way to save Ludmila, Rogday tried to kill Ruslan but was instead killed by him; Pharlaf got tired and didn’t want to pursue the goal, and young Ratmir found a magnificent castle where he decided to stay.

While Ruslan was on his way, Tchernomor tried to impress Ludmila with his palace and jewelry. But Ludmila wasn’t interested in his richness, she stole a cap on invisibility to be unseen for Tchernomor, but he found her and put her to sleep. While Tchernomor brings Ludmila to the bedroom, Ruslan appears in the palace, and the battle between them starts. After the long fight, Ruslan cut Tchernomor’s beard. Now he was ready to return to Kyiv, but Ludmila was still asleep, and Ruslan didn’t know how to wake her.

On the way to Kyiv, Ruslan saw the young Khazar Ratmir, who got married and changed his soldier career to a fisherman. Near Kyiv, Ruslan decided to spend the night in a forest to continue his trip tomorrow. But the wicked magician Naina who found out that Ruslan killed her friend Tchernomor, wanted revenge. She found the Pharlaf, who was supposed to help save Ludmila, and persuaded him to kill Rusland and bring Ludmila to her father-king as if he found and rescued her himself. Pharlaf loved this idea and killed Ruslan. This story could end here, but the Finnish magician found and revived Ruslan. He also gave Ruslan a ring to wake up Ludmila. The cowardly Pharlaf was shocked by the reincarnation of Rusland and the miracle that Ludmila was alive and woke up thanks to the ring. He told the truth to the king, and the king granted mercy to Pharlaf. Later they finally celebrated the wedding of Ruslan and Ludmila.

Ruslan and Ludmila in the art

This love story inspired many artists. If you like ballet, you could enjoy watching the ballet «Ruslan and Ludmila» by Adam Glushkovskiy and Friedrich Scholz, e.g. here: https://www.youtube.com/watch?v=0sTB-RX2DEs

If you’re more of an opera fan, you could listen to the opera “Ruslan and Ludmila” by Mikhail Glinka: https://www.youtube.com/watch?v=lQjHkoyNvAE

If you prefer movies, you can find films and cartoons about this love story: https://www.youtube.com/watch?v=PHiLzQlD08o

Have you ever heard about this love story? If not, now you have a good overview of it, and hopefully, you`ll read the entire story in your native language or in Russian!