Did you like fairytales when you were a child? Fairytales aren’t just funny stories about the battle between good and evil. They also tell us a lot about a culture and its people. Fairytales are widely studied by linguists, historians, culturologists, and semioticians. Today we present an overview of people and creatures typical of Russian fairytales.

Who lives in Russian fairytales: people

Bogatyri (Russian: богатыри) are warriors of immense strength, courage, and bravery, rarely using magic while fighting enemies. They are characterized as having resounding voices, patriotic and religious pursuits, and defending Rus’ from enemies. The well-known Bogatyri are Dobrynya Nikitich, Ilya Muromets, and Alyosha Popovich. Each of them has his own story and character.

Ivan Tsarevich (Russian: Иван-Царевич) is one of the main heroes of Russian folklore. He often struggled with Koschei (who is Koschei, you will find out in our article as well). Ivan Tsarevich is a good character who doesn’t use his royal position to do something evil. In fairytales, he gets dangerous tasks to solve, and at the end of fairytales, he marries a princess (Tsarevna) who also owns some magic tricks and does some miracles.

Ivan the Fool (Russian: Иван-дурак) is also a popular figure in Russian fairytales. We have to say that the word «fool» is used in this context differently from our usual understanding. The youngest son in the family was often called the Fool to hide and protect him from the devil and evil creatures because the youngest son got an inheritance. Not well-educated, Ivan the Fool experienced different adventures and reached his aims thanks to his wisdom or the possibility to talk with foul creatures. He also listens to his heart rather than his mind, and he easily forgets offence and endeavors to help others at his own expense. His naivety, kindness, and daring help him fight villains, make friends, and win princesses’ hearts, and ultimately he is rewarded with half a kingdom or some similar accomplishment.

Tsarevna or princess (Russian: Царевна-лебедь, Василиса Прекрасная) is a female character in Russian fairytales, a strong female protagonist who combines femininity with strength, ruse, intellect. Usually, she is under an evil spell and Ivan Tsarevich or Ivan the Fool rescues her. Fairytales end with a happy ending and the wedding of both protagonists.

Who lives in Russian fairytales: creatures

Fairytales wouldn’t be intriguing if there were just people. Magical creatures take in Russian folklore a big part.

Koschei the Deathless (Russian: Кощей Бессмертный) is the main protagonist with a hostile attitude and behavior. Koschei looks like a very slim man or a skeleton with a crown on his head. He usually has three roles in fairytales: 1) Koschei is a wicked tsar and magician who steals young and beautiful women (e.g., Tsarevna from the previous part), 2) Koschei is the husband of an evil witch and father of witches, 3) Koschei is an owner of the underworld. Sometimes all these images of him are mixed. Koschei couldn’t be killed. His death can be found on the top of a needle that is hidden in the egg, and this egg is in a duck. The duck hides in a rabbit, the rabbit is hidden in a box, the box hangs on the oak tree, and Koschei protects the tree with all his efforts.

Baba Yaga (Russian: Баба-Яга) is an ancient character in Slavic mythology. We know her as an ugly, wicked older woman who lives in a hut on chicken legs deep in a forest. Baba Yaga sometimes works with Koschei the Deathless and helps him, but she acts differently in different stories. Sometimes she helps Bogatyri; sometimes, she kidnaps children and lures adults with the purpose of frying and eating them. But more often, she is a person in Russian fairytales who provides protagonists with magical helpers, but protagonists must first pass her tests. Another interesting detail about her is that she uses a large mortar to fly. 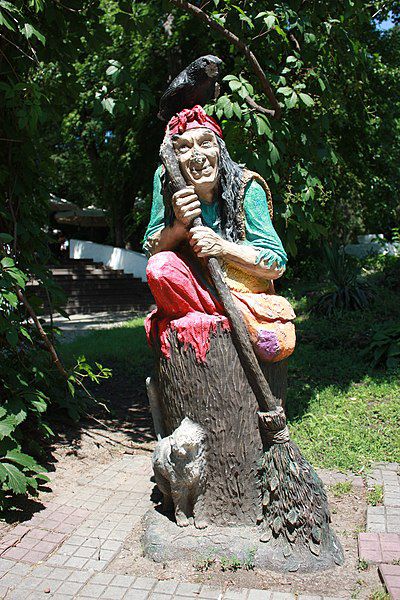 Zmei Gorynich (Russian: Змей Горыныч) is a vast and dangerous creature in Russian fairytales. Even though the Russian word «zmei» means «snake», this creature looks like a massive dragon with multiple heads. The number of heads may vary from 3 to 12, but usually, Zmei Gorynich is depicted as a dragon with three heads. Zmei Gorynich can fly and burn people or houses with fire. But in some fairytales, he lives in water. He steals young and beautiful women and protects the depth and Kalinov bridge, connecting two worlds of life and death. 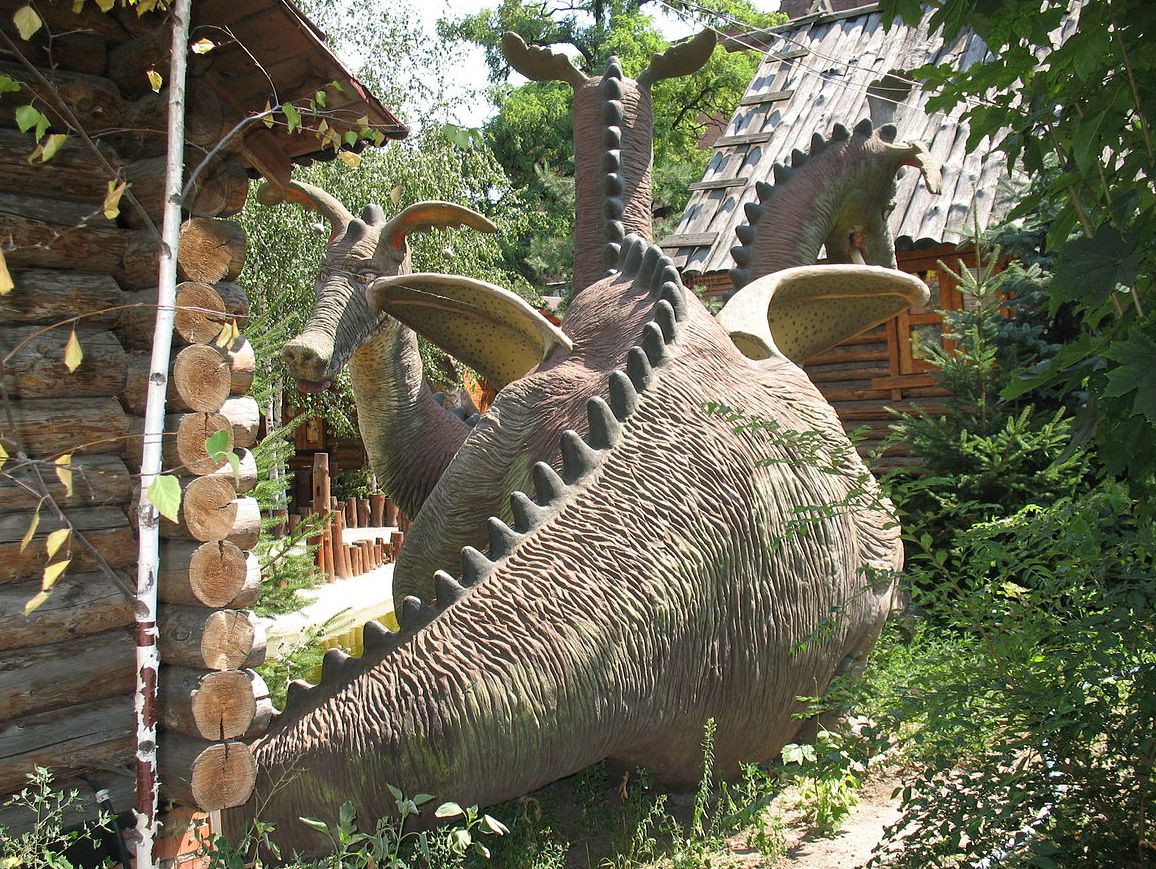 Firebird (Russian: Жар-птица) is a large bird with majestic plumage that glows brightly, emitting red, orange, and yellow light, like a bonfire that is just past the turbulent flame. This bird eats golden apples that provide youth, beauty, and deathlessness. When the Firebird sings, pearls fall from its beak. Her songs cure people’s illnesses and give their eyesight back to the blind. Usually, a fairytale protagonist must catch the Firebird, but it’s a very difficult and dangerous task because Firebird can`t be touched with hands or burn them. The symbol of the Firebird is famous and was used for the Eurovision song contest in Moscow in 2009. 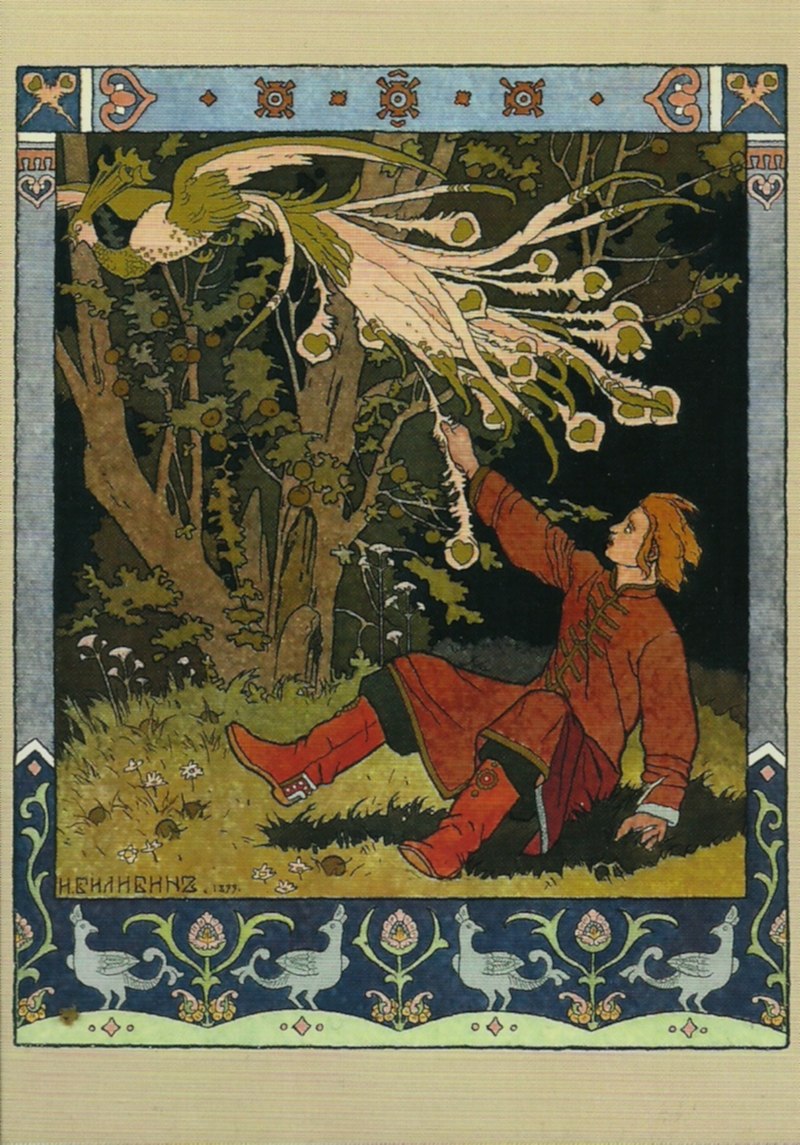