Home » Blog » The pattern of the Leningrad siege

Last our article was devoted to different types of Russian handcrafts and today we would like to continue this topic but in one certain way. This article will be a bit historical, a bit dramatic and also a bit optimistic. Well, it seems like we`re going to combine all parts of life! 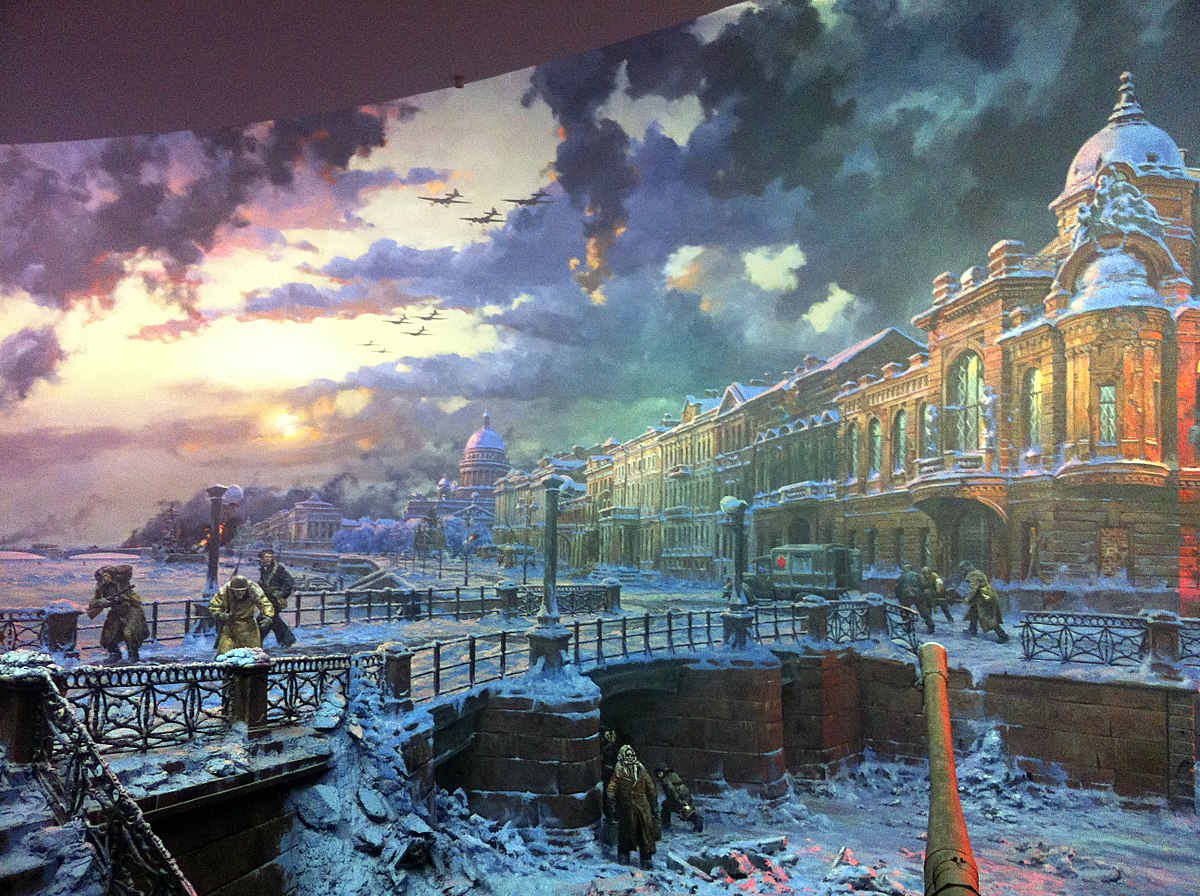 The epoch of Leningrad

Some of you who likes Russian history or maybe reads historical books, know that the most beautiful Russian city Saint Petersburg changed its name three times. In 1703 when the city was founded, it got the name which we know nowadays – Saint Petersburg. In 1914 due to the new typical for that time political ideas the city changed its name and became Petrograd. Ten years later after the death of the first Russian communist Vladimir Lenin it was decided to name the city according to the memory for Lenin and to underline the importance of the city where all Russian revolutions began. That is how the city named Leningrad (Lenin + grad/gorod) appeared on all of the maps. Leningrad lived the whole soviet life till its end and in 1991 got its original name Saint Petersburg. So now when you know about these transformations and you know what Leningrad was, we can switch to the second part.

Soviet times covered the most interesting and dramatic events of the history. Leningrad took one of the major parts in it. After Hitler decided to subjugate west of the Europe and the Soviet Union, Leningrad became for him one of the main aims. 8th September 1941 Hitler`s army severed the last road to the city. Leningrad was surrounded. The blockade became one of the longest and most destructive sieges in history and it was the costliest siege in history (41% of the whole population of Leningrad survived, one million and two hundred thousand people were dead because of the bombs and hunger). The siege ended at 27th January 1944 which is now the Remembrance Day. It`s impossible to image what people went through during these 872 days. But all the Leningrad events influenced artists and talented people to create.

The beginning of the tradition

Going back to the roots of the history we find out that in 1744 when Saint Petersburg was growing very quickly Russian Empress Elisabeth decided to support the idea of Dmitry Vinogradov who established Imperial Porcelain Factory. The initiation of Dmitry Vinogradiv was to create the best porcelain worldwide that is why he traveled to Germany to Dresden to see Meissen porcelain and to study metallurgy in Freiberg. After he graduated, he invented the formula which allowed him to produce the porcelain of the top quality. When Dmitry Vinogradov back to the Russian Empire, the factory was built in short time. The factory got the name of Imperial Porcelain Factory and produced wares almost exclusively for the ruling Romanov family, the Russian Imperial court, and for political and diplomatic presents. During two next centuries the leaders of this factory paid a lot of attention to the design and patterns of the dishes. All of them reflect the history and the style of different epochs. Leningrad siege also found its image on this porcelain.

After the communist party began to rule the country, communists ruined a big part of the imperial culture. The aim of this action was not to remember the previous life and to build new mentality of soviet people. Surprisingly communists did not destroy the Imperial Porcelain Factory, they just reorganized it and named Lomonosov Porcelain Factory. During soviet time all cultural wares had to present the life in the Soviet Union, porcelain was not an exception. For example, there were plates which showed the life of peasants, usual floristic ornaments or vase with a portrait of one of the communist’s leaders.

When the second world war and Leningrad siege began, almost all workers of the factory were evacuated to another cities. One worker of the factory Anna Yatskevich (Russian: Анна Яцкевич) stayed in the city. She helped to camouflage places in Leningrad and after the war she got a medal for the Defense of Leningrad. Next years after the war and the siege Anna Yatskevich back to work. At the end of 1940th she created a new pattern for a tea service which is a symbol of Saint Petersburg and the victory nowadays.

Anna picked up a tulip form of the cups and covered them by a pattern which is called «Cobalt net» (Russian: кобальтовая сеточка). At first, she created this service with white and gold colors but she didn’t like the combination of these colors and decided to take deep blue instead of white. There are two explanations how the idea of the most famous Russian tea service appeared. The first theory is that Anna Yatskevich repeated old and well-known patterns which she found in historical albums of the factory. The second theory (preferable one) is connected to the time of the siege. Cobalt color of cups (and dishes in general) is the association with blue sky. During the siege all windows panes in the city were ruined and inhabitants of Leningrad had to stick them up crosswise to keep the warmth inside their houses. The pattern of the net on the tea service symbolizes these ruined windows panes. So, the idea of this pattern is simple: it looks like as if you look in the ruined windows panes which are sticked up crosswise and you see a blue sky – the symbol of hope and victory. The composition of these deashes is very simple but touches the heart especially if you know its story. In Leningrad the invention of Anna Yatskevich was welcomed quietly. People still had a lot of hard work after the war.

In 1958 the Soviet Union decided to take part in the World`s fair of porcelain in Brussels. There were no special arrangements for it, maybe for the first time in the history Soviet government didn`t want to win but wanted just to show the achievements of the Porcelain Factory. It was decided to show all collections of the factory because it was very numerous. Probably you`re guessing now that the service «Cobalt net» was also sent to this fair. Unexpectedly the tea service of Anna Yatskevich got the first prize. The jury were touched by the elements and the story of this pattern which remembered again how cruel were these years of the war and how nicely the art can make the world to a better place. Beginning from 1958 the pattern «Cobalt net» stays one of the most recognizable in the world and tourists who visit Saint Petersburg don’t miss a chance to buy a plate, a cup or a teapot covered by this pattern. The author of this legendary tea service Anna Yatskevich died in 1952 and couldn’t get her fame. Unfortunately, a lot of people know her masterpiece but they don’t know her name.

We would like to hope that this article become a small discovery for you and you enjoy reading of the non-typical information about Russia. Also, we would like to welcome you to Saint Petersburg when the coronavirus disappears!